On Tuesday, ProPublica broke the story that several of the richest people in the world, including the two current richest, Jeff Bezos and Elon Musk paid little or no income taxes for several years.  Also mentioned on the list of tax avoiders are multi-billionaires Michael Bloomberg, Carl Icahn, George Soros and Warren Buffet. 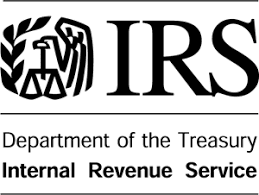 data and actual tax returns of some of the wealthiest Americans.  The person or persons who proved ProPublica with the information is facing a felony and a lengthy stay in prison.  After all, there is little that is more confidential than Americans' tax returns, including how much each of us pay.

But should our tax returns, or at least the amount we pay in income taxes, be such a closely guarded secret?  Other taxes we pay are a public record.   If you want to know how much someone is paying in property tax, that's an easy thing to find.  We can also find out what taxes businesses are paying.  But when it comes to Americans' personal incomes, we treat even the total taxes paid as a state secret.

That didn't used to be the case. When the income tax was first adopted, how much people owed in those taxes was a public record.  Newspapers would publish the names of individuals and how much of their income they were to fork over in taxes.  Rich people hated this practice and they got their politician friends to make the information confidential with severe penalties associated with any unapproved disclosure.

A commentator on the cable shows says the leak didn't offer anything newsworthy. He declared the fact that the uber rich were paying little or no income taxes for many years was well-known.  I don't buy that.  While we all knew tax avoidance was going on, the ProPublica story publicizes how extensive and successful those efforts have been.  Cloaking income tax records in such secrecy has slowed efforts at reforming the system.  ProPublica not only provides information about the extent of tax avoidance, it provides a point of emphasis as to how the super rich aren't paying taxes while working stiffs are.

Not only should we re-consider the confidentiality of tax returns. we need to reconsider the definition of "income" used to calculate the tax. The super wealthy identified in the ProPublica story didn't do anything illegal.  They just took advantage of the fact that you only pay taxes on what is defined as "income." Under that definition you only pay tax on gains that are realized.  Until stocks are sold, there is no gain realized and no income tax.  Likewise, until real estate is sold, there is no income tax.

Nah, you should practice contortion of your mouth so it does not look like it has a permanent fish hook in it. Capital gains are mostly just the amount of inflation that has taken place since the asset was acquired. You think folks should pay taxes on inflation? It would be more fair to adjust the values for inflation but what's fair? The liars who lied about the income tax are long dead but their lies remain.
Meanwhile, https://www.thegatewaypundit.com/2021/06/deep-state-doj-corrupt-politicians-refusing-release-thousands-hours-video-jan-6-capital-short-video-reason/ You might consider revising a bunch of your WHOPPERS?

It seems like a bad idea to me to force entrepreneurs to sell stock in their company prematurely in order to pay taxes for unrealized gains. How would you even value private companies? Why should Musk or Buffet or Bezos be forced to pay taxes on perceived wealth increases that could just as easily reverse course if their companies fall out of favor with equity investors? Then what we'd refund them billions? Come on now, this ProPublica article is a joke. When we sell something and collect cash, we should pay taxes.

Anon 9:22, I understand your point, but at the some point there needs to be a limit on the super rich amassing enormous wealth without ever paying taxes as that wealth accumulated. The assumption that they'll just pay taxes on the back end, when the stock is sold just isn't true. The Pro Publica study would have shown the super wealthy doing that at some point in their lives. Warren Buffett is 90 years old and he's still not paying income taxes! Is he going to start paying them when he's 91?

Back in the real world, there are plenty of ways for the super rich to ever avoid paying taxes even when those gains are "realized" by its sale. Jeff Bezos is not exactly living in poverty because he hasn't sold off his Amazon stock.

The public has a right to know the super wealthy aren't paying income taxes that Average Joe and Jills pay. I applaud Pro Publica for making this information public.

Leon, well the Gateway Pundit is certainly a credible source. (That was sarcasm.) But it is standard law enforcement practice that you don't make every piece of evidence, including videotape, available while your in the middle of an investigation. That doing so is some sort of conspiracy is more absurdity from the Kool-Aid drinking Trumpers.