It is not often that blogger/podcast host/attorney Mark Small hits a home run on a public policy issue, but he nails it today with his criticism of Indiana's Amber Alert program.

The other night, I was awakened from a deep sleep when my phone suddenly began emitting a loud wailing alarm.  I knew right away it wasn't the regular alarm I had set.  Far too early.   Was my or my neighbor's house on fire?  Was a tornado about to hit my neighborhood?  Had a murderer escaped and was roaming the northwest side of Indy?

None of the above.  It was an Amber Alert...a child supposedly had been abducted in, as I recall, South Bend, Indiana, which is 2 1/2 hours north of Indianapolis.  The alert gave a description of the child and the name of the supposed abductor, and the car the alleged abductor was thought to be driving.  Not sure why they decided to wake up Indianapolis residents in the middle of the night to alert them to this information.  At least, South Bend though is in Indiana.  I have gotten Amber Alerts from Lexington, Kentucky. 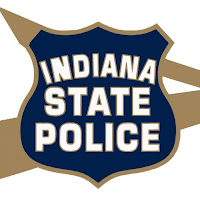 Fortunately, I don't have any problem sleeping.  But I know many people who struggle to get and stay asleep and, for them, an early morning alert means the end of their slumber.

According to the Indiana State Police, this is the Amber Alert criteria:

1. The child must be under 18 years of age.
2. The child must be believed to be abducted, AND in danger of serious bodily harm or death.
3. There must be enough descriptive information to believe the broadcast will help.
4. Request must be recommended by the law enforcement agency of jurisdiction.

Few things are scarier than a self-righteous mob bent on saving lives and keeping people safe, facts be damned. In the middle of the night my cell phone went off. I looked at the screen. An AMBER alert had been issued. Another went off a few minutes later.

Little kids should not be in jeopardy. However, despite news items of individual successes or articles published by those who advocate for the system itself, a peer-review study suggests the alerts are not so effective.

Timothy Griffin is an associate professor of criminology at the University of Nevada-Reno, He led a 2015 study, published in 39 Journal of Crime and Justice No. 4 (2016). In a “sample of 448 child abduction cases in which [an AMBER] Alert was issued ...

We reached conclusions consistent with the scant available prior research on AMBER Alert: although over 25% of the Alerts facilitated the recovery of abducted child(ren) and are thus arguably ‘successful’ by that standard alone, ...

there was little evidence AMBER Alerts ‘save lives.’ In fact, AMBER Alert success cases are in almost every measurable way identical to AMBER Alert cases in which the child(ren) were returned unharmed but the Alert had no direct role in that outcome:...

they typically involve abduction by family members & other (apparently) non-life-threatening abductors, and the vast majority of recovery times are over 3 h....”

AMBER alerts going off on cell phones in the middle of the night are unlikely to reach people who can do anything at all. The self-righteous can react to this and sneer about inconvenience of disturbed sleep. I more concerned about kids’ safety and our limited resources.

I might be more concerned about people losing sleep than Mark.  But I'm more worried about the "Chicken Little" effect of constant Amber Alerts that desensitize the public to child abduction.

It is very politically incorrect, however, to criticize the Amber Alert program, so kudos (is there such a thing as a "kudo," singular?) to Mark for taking on the issue.  As I noted in my comments to his article, his taking on the Amber Alert issue is like pointing out that the law mandates too many handicapped parking spaces for businesses (it does), or my pet peeve, the gross exaggeration of the problem of human trafficking.  Regarding the latter, local law enforcement officials are quick to suggest human trafficking to the media because that gets the headlines and lots of federal grant money.  But at the end of the day, the facts rarely support the human trafficking charges.   Almost always it is not human trafficking, but rather good old-fashioned prostitution, adults freely deciding to trade sex for money.

Yes, let's rethink the Amber Alert program.  If you disagree and want to lambast someone for daring to criticize the program, I will be happy to give you Mark's number.