It's 5:30 a.m., and 98% or the vote has been tallied in the Georgia Senate runoff contest.  Democrats are on track to win both seats, making the Senate 50-50 with control going to the Democrats as Vice President Kamala Harris will be in a position to break ties. 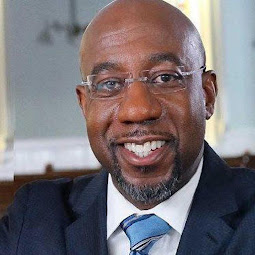 Both party caucuses in the Senate have already elected their leaders, but now that the Democrats will be in control they will swap titles.  As the new majority leader, Chuck Schumer will control the agenda.  Democrats will chair all Senate committees and have a majority on every committee.

As of writing this, Democratic challenger Raphael Warnock leads Republican Senator Kelly Loeffler with with 50.6% of the vote.  Several media outlets have already declared him to be the winner.  Democratic challenger Jon Ossoff leads Senator David Perdue with 50.2% of the vote and has a raw vote lead of 16,370 votes.  Almost all of the remaining vote to be counted will be coming from heavily Democratic counties in the Atlanta area.

There are also some 17,000 military and overseas ballots to be counted.  The military ballots tend to run more Republican while the overseas ballots favor Democrats.  Ossoff has not been declared the winner by any media outlets and will face a mandatory recount if his win total is less than .5%.  It looks like he may exceed that amount, however.