Is the Indiana Department of Revenue Misleading Hoosiers Into Paying More Taxes?

I prepare taxes for my elderly mother as well as an older brother, who unfortunately passed away early in 2019.   For both of them, the majority of their income is from pensions.  That income, and any withholding, is reported on 1099-R forms.

In 2019, my mother received a notice from the Indiana Department of Revenue that she had vastly 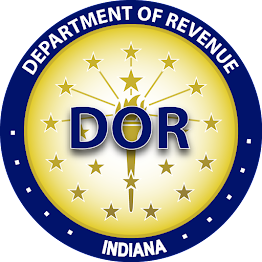 underpaid her 2018 state income taxes and owed a few thousand dollars.  When I looked at the side-by-side comparison of what I had reported when doing her taxes versus IDOR's calculation, I noticed the Department credited her with $0 withholding for 2018.  I pulled out her one of her 2018 1099-Rs, and there, plain as day, was the line showing my mother had had a couple thousand dollars in state taxes withheld from her pension income in 2018.

I spent considerable time drafting a letter to IDOR explaining that the Department had made a mistake and included the a highlighted 1099-R form showing the taxes withheld.  That apparently satisfied the IDOR.  Although I was curious as to how the Department could have missed the withholding, I quickly forgot about it.

In April of this this year, I filed my mother's taxes.  A couple months later, I filed my brother's taxes.  Guess what?  On both filings, I got a letter form IDOR saying taxes were owed.  When I looked closely at the side-by-side comparison, I saw the Department had, once again, not provided a credit for pension withholding, which appeared prominently on their 1099-R forms.

The exact same mistake made three times in a row cannot be a mistake. Clearly, the IDOR has no system in place for tracking 1099-R withholding paid by Hoosiers.

How many Indiana residents are getting deficiency notices from the IDOR and then simply paying the amount the Department claim is owed, rather than looking more closely at the numbers and their 1099-R forms?

The Indiana Department of Revenue needs to get its act together.