The problem with mail-in voting is that it undermines the secret ballot.  When voters are casting ballots away from the voting booth, they are subject to pressure from spouses, other family members, 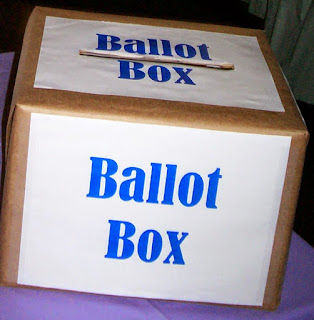 political candidates, friends, employers, unions, etc..  That is why we designed a voting system in which people go into private spaces, away from that potential pressure or influence, to cast ballots.

I'm also not in favor of people voting a month before election day.  As much of the campaigning is done that last month, voting before those messages are heard seems unfair to the candidates and not good for the voters who might be persuaded to change their minds those last 30 days.  A workable compromise is to have a week of voting before election day in which people can vote at any vote center in the county.  You can still have mail-in absentee voting for those who, for health or other reasons, can't cast a ballot in person during that week.

But this election is different.  It is a no brainer that, during a pandemic, states should allow excuse-free, mail-in voting.  While there is nothing wrong with Republicans defending the integrity of the ballot, the GOP should never be about making voting more difficult.

Donald Trump's outspoken opposition to mail-in voting is a nightmare for the Florida Republican Party which had developed the best mail-in voting program in the country.  Democrats have lost numerous races in the Sunshine Sate because the Florida GOP is so good at getting its people, many older voters, to cast ballots by mail.  Now Trump is telling them voting that way is wrong...that these Florida voters should instead head to the polls.  That may well cause GOP turnout to be down in Florida this year, a state which Trump desperately needs and is struggling.

*****
Can we pass a law to make former Georgia gubernatorial candidate Stacey Abrams go away?  I am constantly seeing in my phone's news feed Abrams' thinking on a wide range of issues.  Not sure why she gets so much fawning media coverage. She thinks she is too good to have run for one of the two Georgia Senate seats up this year.  Rather, she should be Vice President of the United States!  Her campaign for Veep flopped because Joe Biden doesn't even think she's worth interviewing for the position. Through it all, Abrams continues to falsely insist she was cheated out of the 2018 gubernatorial election because of "voter suppression." (Please fact checkers, take a look at that one.)  I don't like branding candidates with childish nicknames, but if I did "Sore Loser" would be the obvious moniker for Abrams.  Go away, Stacey.  Please.

*****
A poll out this week, has Democrat Christina Hale up 6 points on Republican State Senator Victoria Spartz.  According to the poll, Trump is running 10 points behind in the mostly suburban district.  While one needs to take the poll with a grain of salt as it was paid for by Hale's campaign and we don't have crosstabs, a 6 point lead is a curious figure to arrive at if one were simply putting his or her finger on the scale.  Political Analyst Larry Sabato believes the polling as his "Crystal Ball" analysis now rates the district as a "tossup."

Spartz does not think the district, which Trump won by 12 points in 2016 is that competitive.  She'd be wrong.  If you look at the 2018 and 2019 election results in northern Marion County and Hamilton County, there has been a dramatic swing in favor of the Democrats during Trump's presidency.  In 2019, Republicans did not win a single precinct in Washington Township, the wealthiest and most populated township in Marion County.  That same year, Democrats won council seats in Fishers and Carmel. (In fact, the Democrats could have won a majority of council seats in Fishers if they had not left some Republicans unopposed.)   Spartz's tying herself to the Trump might have allowed her to win the primary, but the President will prove to be an albatross in the general election.
Posted by Paul K. Ogden at 2:42 PM