It is inevitable.  After every decisive election, articles will be written claiming the losing party (Democrat or Republican) is dying and will cease to exist.  Then the losing party adjusts and in the next election, or the one after that, bounces back.

I have seen this pattern many times during my lifetime, but it's been going on much longer than that.  The current Democratic Party was founded in 1828, the Republican Party in 1854.  So, Democrats and Republicans have been squaring off against each other for 166 years.  There have been a lot of up 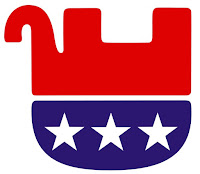 and downs for both parties, but both have survived.

Because I am a student of history, I am quick to dismiss claims that a political party is dying because of a bad election.  No longer.  I think it quite possible that the Republican Party that exists in 2020 may not last much longer.

Younger people and women are loudly rejecting the Republican Party.  Suburban voters are fleeing in droves.  The white majority the Republican Party has increasingly relied on to win elections is declining as the share of minorities voters has increased.  The GOP has no electoral future if it continues on its current path.

But the Republican Party could just adjust to the changing landscape as it has done for a century and a half, right?  Well, maybe not.   While some observers claim Trumpism, which was never about issues, will die with a defeated Donald Trump, I don't agree.  Even if Trump loses in a landslide, there is a good chance he sticks around to exert his cultish influence over the GOP electorate and its nominees.  But those Republican candidates, tarnished with the stain of Trumpism, won't be able to win general elections, except in the most red states and districts.  The Republican Party will become a regional party, with no coherent ideology or principles, that can win national elections.    That's how political parties end up dying.

As I said on the night of November 8, 2016, the election of Donald Trump will prove to be the best thing that every happened to the Democratic Party.  I expected that Trumpism would lead to a period of Democratic ascendancy which is exactly what has been happening since that night.  But what I did not anticipate was how much damage Trump would do to the Republican Party.  Trumpism may well destroy the GOP completely, leaving it to take its place along other parties that have died out, i.e. the Federalist, Democratic-Republican and Whig Parties.

The question becomes if the Republican Party does die off, what will take its place? We cannot live under one party rule! Even if we are able to rebuild and revitalize the GOP. We are talking about a decades long process. We refuse to abandon Reagan, Goldwater and Buckley’s principles to either join the Trump Cult, or the Insane Woke Left! If a new party is created wonder what it will look like?

It will be called the Ogden Party. Every policy position I henceforth take will be deemed 100% correct because I am Dear Leader. Ogden Party candidates which stray from any of my decrees will be attacked on social media and my followers instructed to not vote for their nomination. As leader of the Ogden Party, I will lie constantly and make up "alternative facts." I will have periodic rallies across the country to shore up my fragile ego.

So, like the Trump Party but, hopefully, with more competence.

Paul we’ve been down this road before
Watergate
The Great Depression
The War in Iraq, Katrina & the 2008 recession.
The GOP will survive Trump because most Importantly. American’s have the attention span of a knat and 2-3 years from now they will forget Trump.
What will really bring the GOP back is having Biden fail as president.

We could call it the “Ogden Brigade”, also the governing body of the party will be the “Welsh Saints”, in honor of our departed friend Gary Welsh. We at INDY REPUBLICAN believe that the GOP will be rebuilt, but we are making backup plans in case we have to build a new party. If only we can get Justin Amash back! That would be a win Bigly, for us! Of course if Trump loses he will say: “those idiots, they should have listened to me, they didn’t put landmines on the border, they didn’t build the wall fast enough!”

Oh word is that Parscale is being looked into over some financial shenanigans, oh we might want to checkout Seema Verma, she has been a bad political hack!