This story flew under the radar last week as I worked on other things.  I do not agree with the notion of a public school drug testing anyone, even children, without even a hint of drug use.  People should not have to prove themselves innocent.   Further, I do not understand why students involved in extra-curricular activities are being singled out.  If anything, it is the ones who are not involved in those activities who are more likely to be drug users.  The Indianapolis Star reports: 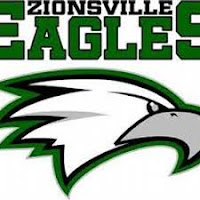 After years of delays, rising tensions and hours of discussion, a proposal to randomly drug-test Zionsville High School students was approved Monday night.
The Zionsville School Board voted 3-2 in favor of the new policy which requires any students who elect to participate in extra-curricular activities or park on school property to consent to random drug tests.
Students who fail a drug test will be required to enter and complete a drug counseling program.
The approved plan is a variation of one supported years ago by the Zionsville Student Rights Union. They also proposed that only students who park or participate in after-school programs be tested, but the union plan wanted students to face no consequences at school, and for positive results to only be reported to parents.
Posted by Paul K. Ogden at 4:21 PM