The Los Angeles Times reports on another likely reason that Indianapolis-based Angie's List pulled its plug on its headquarters expansion, i.e. that Amazon was poised to start a competing service:


The e-commerce giant Monday launched Amazon Home Services, a marketplace that allows shoppers to search for professionals in more than 700 service options including snow removal and Spanish lessons. 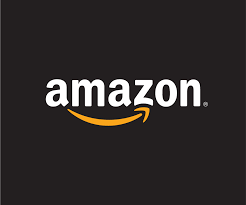 and Yelp, as well as advertising sites like craigslist.

Amazon Home Services is available with varying levels of coverage in more than 40 states. Major metropolitan cities like New York, Seattle, Los Angeles and San Francisco are currently the only ones with high coverage.

Professionals can join the service on an invite-only basis, and will be required to have insurance and undergo a background check, said Peter Faricy, vice president of Amazon marketplace.

No subscription is required to read reviews, and transactions take place on the site. Several services list estimated prices.

I think it is entirely possible that Angie's List executives will seek to sell the company rather than compete head-to-head with Amazon.

This news should make every Indianapolis City Council Councilor squirm who supported the brutal financial rape of their constituents via their intended vote for the $18 Million giveaway to pimp Bill Oesterle and corporate welfare queen Angie Hicks.

Considering how pathetic the career crony Democrat and Republican Councilors are (Scales not included)... maybe not.

There's just too much free competition for Angie's List to overcome, and Amazon's massive tech capacity in Seattle can drown anything Angie's List would attempt.

Angie's List should have their investment bankers let the company be acquired by Amazon and walk away.

Few referral services conduct "due diligence" on the providers they recommend. Most, like newspapers, are influenced by their advertisers.

I hope a gay doctor refuses to perform emergency surgery on a heterosexual moron who refuses to serve gay people.