In the 1980s, the Republican Party was dominated by what I would call "law and order" conservatives. They supported such things as the war on drugs, civil forfeiture, mandatory sentencing, and anything that would give the police and prosecutors more power to go after crime. That was the 1980s.  Today, the Republican Party is increasingly dominated by conservatives distrustful of big government and concerned about civil liberties.

If one looks at it as strictly a political issue, Governor Pence has made a huge mistake in endorsing the state police's program to collect cell phone data:  The Indianapolis Star reports:


Gov. Mike Pence said Wednesday he supports the state police’s limited use of a surveillance device that acquires cell phone data as long as it is subject to judicial review. 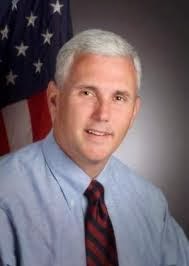 The technology, which can be used to potentially collect data from hundreds of people at a time, has drawn the concern of civil liberties advocates as well as a group of Indiana Republican lawmakers drafting laws to require greater privacy protections.

Pence on Wednesday wouldn’t say whether police should obtain search warrants before using the technology, which he said he believes saves lives. But he made it clear that he supports the use of the device only “in a limited number of cases when it is in the public interest and with strict judicial review.”

Speaking with reporters, Pence said he met with police officials last Thursday for a briefing after an Indianapolis Star report revealed the agency had acquired “Stingray” technology for $373,995.

“I believe this technology is in the interest of public safety, and I believe it has enhanced our ability to both protect and save lives,” Pence told reporters. “I was informed that in the limited number of cases where this technology has been used that it has only been used with strict judicial oversight.”

The political problem for Pence is that civil libertarian-minded Republicans, which actually includes many Tea Party people, are outraged when they hear about programs like this.  Unlike the diminished law and order wing of the GOP, these Republicans will vote against Pence on the issue if given the opportunity.

Not only does Pence's support of this program expose him to a possible clever Democratic opponent for Governor (if one, besides John Gregg, exists) who might seek to exploit it by eroding his GOP, base, the issue could work very much against Pence if he has national ambitions.  Supporting a mini-NSA program in Indiana would be an extremely unpopular position in Republican primaries across the country.  I am just not sure Pence understands that.  The Governor seems to have a 1980s political mindset that needs an update to address the issues (like privacy) that has come to dominate today's politics.
Posted by Paul K. Ogden at 6:44 PM

Establish-meant Republicans are, however witting, focused on eroding or even destroying the base. Participation rates aren't trending well for the party of superbug socialism lite. Who needs socialism's amateurs when the professional are available for hire?

The greatest violators of our lives and liberties offer themselves as champions of freedom and security. Democracy demands this hypocrisy.