A third year University of Miami Law School student pens this law review article discussing the class action lawsuits against law schools for misrepresenting employment information to get students.  I haven't read it all yet, but it looks promising.  Here is how the article, published in January of 2013, starts:


I am $206,294.11 in debt. At first blush, my decision to enter law school, like many would-be law students’ decisions, seemed profitable.  Pay more than $150,000 now and recoup my original investment in several years. Once the borrowed funds are repaid, earnings are mine to keep and this income represents a positive return on investment.  If 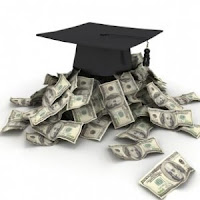 salary data or the employment statistics presented to potential students do not fairly represent reality, however, the mechanism by which they decide whether or not to pursue a degree has been compromised.  Whether one comes directly from an undergraduate program or seeks additional education in furtherance of a career change, if the data upon which one bases one’s decision is misstated, it follows that decisions made in reliance on this data may be inaccurate. The potential law student’s ability to make a rational and informed decision is jeopardized by the reliance upon erroneous information.

Likewise, the source of data is as important as its veracity. Much of the data related to law schools—whether about costs, salaries, or percentage of students employed after graduation—is reported by the schools themselves. In a world where law schools have a pecuniary incentive to paint more promising a picture of potential than perhaps exists, one should carefully consider the accuracy of these self-reported statistics. At bottom, a decision-maker8 should be entitled to rely upon the data presented to him; he must trust those with the power to disseminate information relevant to his decision-making.

Here is the author's conclusion:


I do not suggest that if law schools began fairly and accurately reporting salary and post-graduation employment statistics, the legal economy would immediately correct itself. This is no panacea, but honesty in reporting is an excellent starting point. It would allow potential students to make sounder economic decisions that will affect them for the rest of their lives, and it would soften the effects of a market over-saturated with attorneys. In my mind, the answer to certain questions, such as the following, should be obvious: Do law schools truly believe that students considering enrollment in their programs, many of whom will take on tens- and hundreds- of thousands of dollars in debt—and all of whom already have a bachelors degree—are interested in their post-graduate employment prospects at a coffee shop? It may be true that schools are following the ABA’s reporting rules or are “following the industry standard.” But, for a profession historically lambasted for its purported lack of ethics, and one whose education system is finding itself on the wrong end of multiple class action proceedings, maybe it is time to reevaluate the means by which schools choose to present their data. Perhaps law schools should hold themselves to the same high level of candor they demand from applicants: How would a law school likely react if—while considering or even after admitting a student—it subsequently discovered that it had been misled during the application process?

Given the uncertain future lurking ahead of our legal economy and our legal education system, do students wish they could retract their decision to enter law school? For me, saddled in massive debt and with a net worth rivaling my three-digit LSAT score, my answer remains a resounding, “No.” Law school was, and is, the right decision for me: I want to be a lawyer. Like Holden Caulfield describing his dream profession, “I know it’s crazy, but that’s the only thing I’d really like to be. I know it’s crazy.” That said, there exists an enormous and still unfolding problem in American law schools with—using Mr. Caulfield’s words—phoniness. Holden yearned to “stand[ ] on the edge of some crazy cliff” and “catch everybody if they start[ed] to go over— . . . if they’re running and they don’t look where they’re going [he] [had] to come out from somewhere and catch them.” It appears now that it is we—the country’s current and potential law students—who need to be caught.

Although the author is rightly critical of law schools, I'm fairly certain his remaining optimism has or will soon be crushed when he has to start paying back that student loan debt in a job market where he is unlikely to earn the income needed to pay such a debt.  Perhaps he was able to snag one of the very few high-paying first year associate jobs at a  big law firm and is putting in his required 60 plus hour weeks.  Even then he will have little life with that non-dischargeable $200,000 albatross hanging around his neck.

The article, in pdf form, can be downloaded through this link.

Thanks to the Legal Education Forum for finding this article.
Posted by Paul K. Ogden at 8:15 AM

I'm guessing a lot. It is interesting to note, however, that the PTO has issued a trademark registration for "The Employment Law Group" in Class 42 for legal services (Reg. No. 3436135). football banning order

It is quite interesting to read your article about law school employment. If you are a student and worried about completing your essay papers on time then essay writing powered essays services are available online for your help. Its time to go online, choose right package and get your papers written.

This post is very interesting. By the way, do not lose an opportunity to buy essay papers at affordable prices.