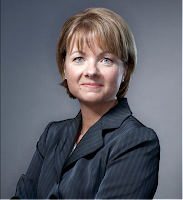 Despite a forced resignation, former WellPoint CEO Angela Braly walked away with $20.6 million in compensation and stock options in 2012, according to the Indianapolis company’s annual proxy report to shareholders.

Braly, who resigned in August amid pressure from investors who were dissatisfied with her performance, earned about $13 million in each of the previous two years.

Company officials attributed the boost in income primarily to an estimated $7.8 million in vested stock options.

Braly’s compensation also included an annual performance incentive bonus of $1.37 million. That is about 77 percent of the amount for which she was eligible.

They should have hired me.  I could have underperformed as CEO like Braly and would have been willing to resign for $10 million, thus saving Wellpoint investors a cool $10.6 million.

This just proves my point that my point about CEO pay being out of whack and that it, for structural reasons, does not reflect the market.  I've written about the subject before, ironically in 2010 when another Wellpoint CEO was appointed to the Board of Simon Property Group.  See:

Excellent site, keep up the good work my colleagues would love this. I read a lot of blogs on a daily basis and for the most part, people lack substance but, I just wanted to make a quick comment to say I’m glad I found your blog. Thanks
CEA Approved RES Course Provider