As a result of the 2011 municipal elections, the Democrats won a 16-13 majority on the Indianapolis City-County Council.  Before that election took place, Council President Ryan Vaughn quietly hired political operative David Brooks to draw new precincts and council district maps.  On December 19, 2011, the resulting redistricting ordinance, Proposal 353, was passed by the lame duck council on a partisan vote.  On January 1, 2012, re-elected Indianapolis Mayor Greg Ballard signed the ordinance into law. 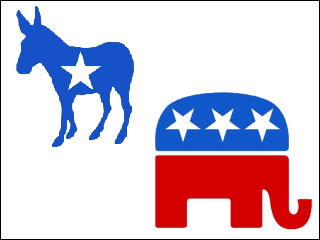 Indiana law requires that the council redistrict in the second year after the census.  The council can do it during other times, but they must redistrict in that second year, in 2012.  Republicans claim the requirement was satisfied because the mayor signed the ordinance in 2012.  The Democrats argue otherwise and as 2012 wound down passed their own map which was vetoed by the Mayor.  This week, Council President Maggie Lewis and two other Democrats filed a legal challenge to the districts drawn by Brooks and asked that the court adopt theirs in its place.

An interesting legal issue no doubt, but it turns out that lurking in the shadows could be a much bigger legal issue, an issue that may doom the Republican council maps before the first courtroom salvo is fired.

A review of thee redistricting ordinance adopted by the lame duck Republican-majority council reveals that 27 precincts were inadvertently omitted.  Those precincts and the districts they were omitted from are as follows:

Needless to say, this is not the first time an error was made in a measure passed by a legislative body.  Legislation is passed all the time to fix errors that happen, which happen frequently when legislation is rushed.  The problem here though is control of the council chamber switched from the Republican Party to the Democrats shortly after passing the ordinance.  Obviously the Democratic council majority is not going to pass legislation to fix the Republican error.

The only possible saving grace I can think of is if, in addition to adopting the faulty ordinance, the council also officially voted on and adopted the maps themselves as part of the Republican redistricting ordinance. That way they could at least they could argue to the court that the maps and not the formal ordinance controls.  I reviewed the video and it appears they only voted on the ordinance.

Even if the Republicans council map stands, it may not prove to be as favorable to Republicans as both parties think.  The Brooks' districts purport to create 15 Republican districts.  That is a sizable 15-10 district advantage in a county that has a Democratic baseline of about 60%.  Even if the Democrats sweep the four at-large districts, the Republicans would have a 15-14 majority on the council if the Brooks' baseline holds.

Knowing the practical limits of redistricting, I have always been very skeptical that such a favorable map could be drawn for Republicans within the confines of Marion County. There just aren't enough Republicans, in particular on the more populous northside of the city.  Further, the less populated southern townships are the only remaining Republican stronghold in Marion County.  That led me to take another look at those council districts using 2012 election data.

In getting the Republican baseline, and concluding 15 of the 25 districts had a majority of Republican votes,  Brooks used the 2010 Marion County Recorder's race.  That head-to-head challenge was won by the Democrat 55.47% to 44.53%.  In 2012, the Republican baseline continued to deteriorate.  I used the Marion County Surveyor's race which was won by the Democrat 61.79% to 38.21%.  The recorder and surveyor races are those political analysts typically use to create a baseline as very few people know candidates for those offices so they are more likely to vote their party preference.

Of course turnout every election is different.  2012 was a presidential election year with much higher turnout.  One would think that with President Obama on the ticket, Democratic turnout might be better in Marion County and thus influence a down ballot race used to determine a baseline.  But it makes sense that that would be turnout increasing substantially in the Democratic areas of the county, not in most of those Republican majority council districts.

I did not check the accuracy of the Brooks' 2010 baseline numbers.  Because the precincts were changed that would have been very difficult.   Assuming those numbers are accurate, the change between that 2010 election and 2012 is dramatic.  Instead of Republican majorities in 15 of the 25 council districts, according to the 2012 baseline, Republicans only had a majority baseline in 8 of the 25 districts.  Every district lost Republican votes, many of the districts experiencing double figure swings. (A 5% or greater increase or decrease results in a double figure change in the spread between the parties.)  Here is a comparison of the two baselines:

Thanks, Pat. I was just reporting what happened though. By the way, those districts seem worse for Republicans than the current districts.

The Common Cause DrawMarionCounty website, using 2008 voting data, came up with 9 R districts with these maps. That would seem to support your analysis far more than Brooks'.