Ogden on Politics' Ten Predictions for 2013


I had to work extra hard in coming up with these since there are no elections here in Indiana in 2013.  In no particular order:


1.  THE RITZ-REPUBLICAN ALLIANCE:  Expect the new Superintendent of Public Instruction, Democrat Glenda Ritz and Republican legislators and the Republican governor to develop a very cordial and productive working relationship.   What is not well reported is that relations between previous Superintendent Tony Bennett and Republican legislators and education reformers had soured by the end of Bennett's term.  The complaint was that Republican Bennett was stubborn and would not accept their input.  Because Bennett was the face of education reform, there was little that those dissatisfied Republicans and education reformers could do except complain behind the scenes.  Republicans are already talking about the ISTA-funded Ritz being a welcome change.  Go figure. 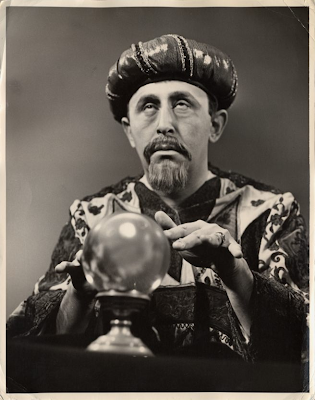 2.  THE FBI COMES (BACK) TO TOWN:  They year 2012 saw the conviction of my former law school classmate Tim Durham for his role in running a Ponzi-type investment scheme.  Indianapolis attorney Paul Page recently pled guilty due to his role along with real estate broker John Bales in the purchase and ownership of a building in Elkhart.  Bales, the alleged master mind behind the Elkhart deal, is set for trial this year and there is apparently an ongoing federal investigation of former Marion County Prosecutor Carl Brizzi.  But Bales had friends at very high levels of state government who aided him when other state officials started asking question about his real estate dealings on behalf of the state, especially his brokerage fees.  I expect the FBI's probe of the Bales' operation, and possible indictments, to go much further than anyone now realizes.   In unrelated (or maybe related) matters, I also expect that news will surface of an FBI probe into Indianapolis well-honed pay-to-play political environment.  Don't be surprised if some big named government contractors and politicos are identified in the probe.

3.  COLTS FALL BACK TO REALITY:  Andrew Luck is going to find out that the sophomore year is almost always the hardest.  After beating all expectations this year by going 11-5, you can count on the Colts' record being considerably worse in 2013.  It doesn't help the team that the Colts will have a tougher schedule in 2013 due to their success in 2012.  Bet on 8-8 and being eliminated from the playoffs in the last few weeks of the season.

4.  MAHERN MARGINALIZED?:  Expect efforts to continue within Democratic ranks to marginalize Brian Mahern.  Indianapolis Councilor Mahern has led the effort to oppose corporate welfare, tax increases and the diversion of revenue from needed city services to politically-connected developers.  While those are enormously popular positions with voters, they are not popular positions with Establishment Democrats (and Establishment Republicans) who want to see Indianapolis pay-to-play political structure continue regardless of which party occupies the Mayor's office or controls the Council.  Local Democrats have already proven they are more than willing to lose a mayoral election by foregoing the issues Mahern raises in order to preserve Indy's pay-to-play political structure.  There is concern that Mahern will eventually become too politically popular for the Democratic Establishment to stop his nomination and election in 2015.  Expect local Democrats to try to marginalize Mahern now before his popularity makes control of him beyond their ability.

5.  INDIANAPOLIS COUNCIL DEMOCRATS DEMAND MORE CONFRONTATIONAL APPROACH:  While the leadership of Indianapolis Council Democrats was cutting a deal with the Republican Ballard administration regarding the CIB tax increase, public safety and other budgetary matters, advocates for the administration were several blocks west of the City-County Building urging the introduction of a bill that would strengthen the powers of the Mayor at the expense of the Council.   Ironically the bill that was introduced would make such a compromise unnecessary because of increased mayoral powers.  In short, Council President Maggie Lewis and other Democratic leaders on the Council got snookered.   Democrats don't have the numbers in the state legislature to stop measures that politically hurt Indianapolis Democrats. Their only clout is that they have a majority on the Indianapolis City-County Council.  If Council President Lewis doesn't get more aggressive in using that leverage, expect challenges to her leadership to step forward.

6.  SOCCER ANYONE?:  Expect City leaders to push forward quickly to build a new downtown stadium for the minor soccer team purchased by the Ersal Ozdemir, owner of Keystone Construction.  Ozdemir, a big contributor to the Mayor's campaigns, have received a number of construction contracts under the Ballard administration, most notably the no bid contract to build the Broad Ripple Parking Garage using $6.5 million of public money.  Upon completion, the ownership of the Broad Ripple Garage as well as all future profits from parking and commercial rents at the facility, is simply being given to Keystone and its partners.  Do not be surprised if the location of the new soccer stadium is the old Market Square Arena grounds and that the deal includes commercial development around the new soccer stadium.  Taxpayers will undoubtedly be asked to pay for the stadium, and even pay for its day-to-day operations, while revenue from the building and commercial site will be given away to the Ozdemir and the other owners of the soccer team.  The claim will be that so much economic activity is created by the project that the increased sales and property tax revenue (the property is actually in the downtown TIF) will be worth giving away the revenue stream from the publicly-funded project.  On a related note, it is now crystal clear the real reason for the proposed 50% increase in rental car tax and 67% increase in the admissions tax is so that the Capital Improvement Board has more tax dollars to subsidize the professional soccer venture.

7.  PENCE AND PUBLIC TRANSPORTATION:  In his first year, the most challenging issue for new Governor Michael Pence will be turn out to be how to handle the proposal for public transportation in Indianapolis and its metro area.   Pence will almost assuredly be philosophically opposed to the project, including the .3% increase in local income taxes (which is undoubtedly only the beginning of the tax dollars that will be needed for the project), and see it as a likely white elephant that will heavily drain tax dollars for public transportation few will use.  Still Governor Pence will face enormous pressure from Central Indiana Republicans to support the project.  My guess is he will compromise - not endorsing the project, but agreeing to support a referendum in 2014 if the legislature chooses to pass the bill making that happen.

8.  REPUBLICANS RECHARGE THEIR BATTERIES:  The physics principle of "for every action, there is a reaction" applies to politics.  The Democrats were seen as being big winners (which actually is an exaggeration) in the 2012 election.  That means in 2014 the Republicans are poised for a comeback.   The year 2013 will involve the party sorting out the issues for the 2014 elections.  Long-term the issue so much isn't whether the Republicans will stage a comeback in 2014 congressional elections (they will), but whether the party falls into the 2012 trap of assuming that the issues in a successful mid-term election (2010) will work in the general.  The Republicans need a more positive agenda to win the 2016 presidential election.

9.  MOST GUN LEGISLATION FAILS:  While some states will adopt additional restrictions on guns and ammunition, don't expect sweeping changes, including at the federal level.  Democrats have found out in previous elections that the issue is poison at the voting booth.  Gun rights supporters are tremendous at mobilizing and voting when they believe their rights are being threatened.  Even though little will be done in terms of gun legislation, the perception of Democrats being against gun rights will be an issue that hits the party hard in the 2014 mid-term elections.

10.  SUPREME COURT REFUSES TO STRIKE DOWN STATE LAWS PROHIBITING SAME SEX MARRIAGE:  Many of my friends are hoping for the Supreme Court to strike down state marriage laws that prohibit same sex marriage.  It is wishful thinking.  Forty years ago, the Supreme Court handed down Roe v. Wade, a decision that invalidated the abortion laws in virtually every state in the country.  That decision has left the country bitterly divided.   Even liberal Supreme Court Justice Ruth Bader Ginsburg, a Clinton appointee and supporter of abortion rights, recognizes that Roe v. Wade was a mistake, that the Court should have let the issue play out in the political branches waiting at least for more political consensus to develop.  The Court is extremely unlikely to do Roe v. Wade II.  Although same sex marriage advocates will agonize over that part of the decision, they will be happy with another part of the Court's decision.  Expect the Court to strike down a part of the Defense of Marriage Act which prohibits same sex couples, who are legally married in states allowing those marriages, from receiving federal benefits that are afforded to other married couples.  Ironically, the very same legal principles (federal government encroaching on the power of state governments) which the court will cite in refusing to strike down state marriage laws, will be used to overturn this provision of the DOMA.
Posted by Paul K. Ogden at 1:39 PM

As for me, I can't wait 'til the FBI comes out with its indictments following its investigation of the Monica Liang scandal.

The corruption does indeed extend into the governor's office.

One way of effective governance is to make sure you got the full trust of the people you are governing. Also it's important to show the public how or where are the taxpayers' money are going say for example the collection of heavy vehicle use tax cause by disposing or being transparent about these details could make the public believe that the government is sincere about their ideals.

If would make a list then I would omit the fifth one and replace it with politicians should focus more on serious crime. Today's crime rate is disturbing, they should reinforce the law. Criminals aren't rattled by such laws today so they keep doing wrong things. I agreed with all of the nine on the list that it will happen.

To avoid any legal issues especially if you are planning to go for Novated leases WA, I would recommend to seek first the advice coming from a legal expert.

I'm not sure if I would consider that proposed 50% increase in rental car tax as an advantage or disadvantage to car loaners. They'll be obliging taxpayers to pay for the stadium, whether they're involved with the whole thing or not. If I may ask, how would they benefit from it? I'm just curious.
- Jean R.G

I wonder if forklifts will be included to what Grace Johnson said. And yes, I do agree with her that the government should earn the full trust of the people for them to be effective.

If the tax amount is quite reasonable then I see no problem with it. I just wonder how much will they ask for their day-to-day operations.

We are looking for the right forklift for our business needs. Which companies really focus upon safety and provide safe yet high-performance forklift vehicles?
second hand forklifts