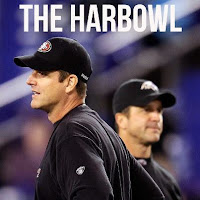 We have previously discussed how Congress and the White House have yielded to demand for increasing copyright and trademark restrictions, including criminal prosecutions of ordinary citizens. One of my longest complaints is how people and businesses now claim ownership of common symbols and phrases. (here and here). This week we have two parties in a fight to claim ownership over a common expression. Roy Fox of Pendleton, Indiana secured a copyright to the term “Harbowl” last year to make money off of a Superbowl with the Baltimore Ravens under coach John Harbaugh and San Francisco 49ers under coach Jim Harbaugh. ...


We have previously discussed the ludicrous ability of the NFL to claim ownership of the term “Superbowl” but an army of NFL lawyers continue to threaten and sue people over the term. ...The NFL was able to claim that even the use of the word “Bowl” was an infringement by a man who himself was claiming ownership of what is a common quip.

Fox caved after the NFL threatened to take him to court. There is no good party in this fight. The question is how long it will take to take the American people to demand action and bar such claims. The Obama Administration has long been criticized for being in the pocket of “copyright hawks” and Congress has shown a consistent willingness to give lobbyists anything that they want in this area. The result is that we are stifling creativity and criminalizing everyday day.


I couldn't agree more with Turley.  You cannot copyright ordinary words like "bowl."  What the NFL lawyers do every year is nothing short of thuggery using SLAPP-type lawsuits.   Judges with backbone need to start slapping the NFL down and making them pay fees for their frivolous legal antics.
Posted by Paul K. Ogden at 8:56 AM

These would be the same judges who have free tickets and complimentary admission to so-called luxury suites?

Sorry. Not gonna hold out hope for that. The NFL is this periods 'bread and circuses' to entertain our society.

Someday after this society falls, whatever members of a community that survive urban tombs of what were once cities will stumble into the ruins of stadiums looking for sustenance and shelter..and examine tattered jerseys and shattered helmets..and think:

"We once thought THIS shit was important"?!?!

It is the shame that he gave up so soon. If he would have publicized the issue, he would have had attorneys lining up to kick the NFL's ass on an issue the league probably couldn't have won in court. The man could have paid the attorney off with the profits from all the t-shirt sales.

So we have a multi-billion dollar non-profit corporation, the NFL, suing John Doe about trademarks. How about we rescind the non-profit status of the NFL, the NBA and MLB? And while we are at it their exclusion from anti-trust laws.

It is being informed by you that Indian man loses copyright to Harbowl. Thanks for giving information
RES Course Provider