I recently had the time to go through the full length of Marion County Superior Court Judge David Dreyer's judgment awarding damages to IBM and finding against State in the medicaid privatization fiasco.  I must say I underestimated how bad the conflicts were and what was going on behind the scenes.

Gary Welsh of Advance Indiana does a good job of explaining how this whole thing started: 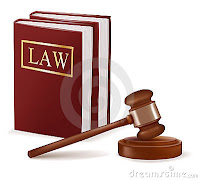 The state's lawsuit seeking hundreds of millions in damages against IBM for the failed welfare privatization implementation was a dubious lawsuit from day one. It was no secret that the Daniels administration had conspired with the law firm of Barnes & Thornburg , which represented ACS, to concoct a plan to privatize the state's welfare services and steer the bulk of that work to the law firm's client. It began with making sure that Daniels appointed a former ACS executive, Mitch Roob, to run the agency. Roob and another former executive of ACS, former Indianapolis Mayor Steve Goldsmith, immediately began pushing a model based on a privatization model being implemented by ACS in the state of Texas, one that would ultimately be chosen by the agency Roob ran. That model was known as "remote eligibility," one under which remote call centers would process all claims for welfare benefits over the Internet or over the phone rather than the traditional model of having case workers in county offices who met with those applying for benefits face-to-face. Word spread quickly among potential bidders that the bidding process was rigged in favor of the coalition of companies responding to the public bid, which was led by IBM but included ACS as the major subcontractor participant. In the end, all competitors dropped out of the bidding process, leaving the IBM-led coalition as the sole bidder for a more than $1 billion, 10-year contract, the largest in the state's history. The state inked a contract with the IBM-led team despite the fact that the model upon which it was based in Texas had been halted by that state's governor because problems with implementation were "so severe."

Welsh's article continues, explaining how once the contract was awarded to the IBM-coalition, subcontractor ACS tried to take it over despite the fact that the work ACS performed was responsible for most of the complaints made about the Medicaid privatization:


As Judge Dreyer's opinion denying all claims the state made against IBM found, the bulk of the services provided under the privatization contract were being performed by ACS, which was the source of most of the complaints against the system when its first rollout began. Instead of working with it prime contractor to work through the problems, ACS's lobbyist at Barnes & Thornburg, Joe Loftus, began meeting secretly with high levels of the Daniels administration behind IBM's back to undermine its control of the contract, including Gov. Mitch Daniels. Judge Dreyer noted one e-mail exchange that Loftus had with Roob where he complained that IBM "just didn't get it" in reference to frequent lectures he received from them reminding them that IBM was the lead contractor and the principal point of contract for all communications under the contract. Even ACS officials who testified at the trial conceded that Loftus' communications behind IBM's back constituted a breach of their contract, and the state was breaching its contract with IBM by engaging in the direct communications with ACS.

According to Judge Dreyer, the services provided by ACS were the major source of the complaints, Nonetheless, IBM ended up being discharged from the while ACS remained on as part of a "hybrid system."  Conveniently for ACS, a former executive theirs, Mitch Roob, headed FSSA, when IBM-ACS won the original privatization contract and yet another ACS executive, Mike Gargano, headed FSSA during the litigation over IBM's discharge.

The State, i.e. FSSA, ended up suing IBM to recover under the contract.  IBM countersued, claiming that the State breached the contact through its termination.  But who does the Daniels' administration insist the State hire to represent the State?  None other than Barnes & Thornburg the very law firm that represented ACS in lobbying to get the contract and still represents ACS to this day.

Let me summarize what appears to have happened. ACS lobbies state officials to oust IBM so ACS can have the lucrative Medicaid privatization contract to itself.  ACS eventually succeeds.  The State sues IBM, perhaps to counter the inevitable breach of suit IBM was about to file.  After, IBM sues, the State hires Barnes & Thornburg, ACS's attorney to represent the state.

The State appears to be nothing more than a proxy for ACS. This case is essentially ACS v. IBM, yet we taxpayers are on the hook to pay Barnes & Thornburg, ACS' attorneys, $9.6 million.  That is uttterly outrageous.

Given that federal money here is involved, I too wonder why there has not been a federal investigation opened up by the FBI into this matter.  There certainly should be now that the facts here expose troubling, if not illegal, conduct by government officials and private lobbyists.
Posted by Paul K. Ogden at 9:52 AM

Are you kidding me?

The cronies are still in office!