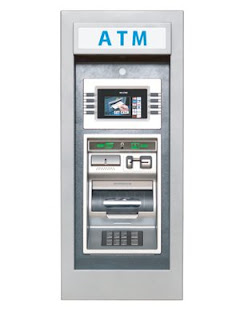 This has to be the best class action settlement - for the plaintiffs - I have ever read about.  It appears from the way the Star's article is written that if you use the Victory Field's ATM even just one time, incurring a $2 fee, you're entitled to $100 as part of the class action settlement.  The Star reports:


If you used an ATM at Victory Field from July 2010 to May 2011 — perhaps while balancing a hot dog and a Coke on your forearm — you're entitled to $100 from a lawsuit settlement.

The recent settlement came in a lawsuit handled by a Texas attorney who's taken to suing ATM operators across the country for failing to tell users about the small fee typically charged to withdraw money from the cash machines.

The attorney, Eric Calhoun, discovered that two ATMs at Victory Field, home of the minor-league Indianapolis Indians baseball team, failed to display both printed and digital fee notices in 2010 and 2011. So, with Zachary Couch, Indianapolis, as the named plaintiff, he got involved in suing the Indians in federal court last year, alleging a violation of the federal Electronic Funds Transfer Act.

The Indians and ATM operator IMS Quickcash agreed last month to settle the case for $35,000. Their attorneys did not immediately respond to requests for comment.

The settlement says anyone who used the ATMs behind home plate or third base at Victory Field from July 19, 2010, and May 19, 2011 -- and can prove it with a receipt or checking account statement -- is due $100 from the fund.

I've been the beneficiary of a class action settlement maybe three times.  I've never gotten more than a few dollars.  One year, for example, I received about a $3 long distance calling card from the phone company as part of a settlement. I never used the card.  I could use $100 cash though.

To see the rest of the article, click here.
Posted by Paul K. Ogden at 1:44 AM

The fees that go a long with these atms are out of control. So glad that they did this class action suit here. They need to refund this money. Maple leafs jersey