My Marion County political life began in 1986 when I was appointed as a precinct committeeman in the Marion County GOP, Pike Township in particular.  I was in charge of Pike 5 for the Republicans, a precinct made up of Oakbrook Apartments off of Georgetown Road as well as some nearby townhomes.  With my efforts registering people in the apartments and townhomes, I tipped the balance to the Republican side in the upcoming election.  That effort - going door to door to register people in apartments, transient voters who vote at very poor rates - is pretty much unheard of today.  But I did that because I thought that was my job as a PC.


In return, I was told I would be rewarded through a process known as "slating."  Slating is an endorsement process where candidates are supposed to solicit support from the PCs and other party workers. Then the party workers vote at a slating convention as to what candidate they want to support in the primary.  Unendorsed candidates were supposed to drop out.  The Marion County Republican and Democratic Parties are about the only county party organizations in Indiana that utilize slating. 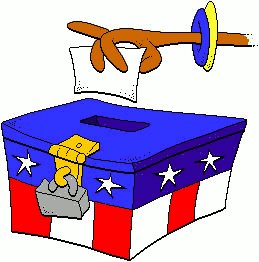 In those early years, I saw spirited slating contests where candidates worked hard to earn the votes of party workers.  I watched in the early 1990s as the northwest Marion County Republicans endorsed Murray Clark over Sen. Bill Soards, the latter an example of how someone paid the price for losing touch with the organization.  In those days there was hardly ever an open seat where there wouldn't be multiple candidates seeking an endorsement.

What I didn't know then was that in 1986 and 1987, there were some changes going on at the legislature that would strip the power of the party workers and place increased power in the hands of the party chairmen.   Let me summarize.  The election of PCs and county chairmen used to be controlled by Indiana law.  PCs were elected every two years and the month following the election, those elected PCs would meet to vote for the county chairman.   Thus, if you wanted to dump a county chairman, you ran PCs all over the county that were committed to change. The process led to several rejuvenations of the county GOP organizations that had grown stale and ineffective.

Changes in the law in 1986 and 1987 gave the PCs and county chairmen four year terms.  They also changed the timing of the county convention that elected the chairman to almost three years after the PCs were elected.  The result was the number of appointed PCs (to fill vacancies) increased substantially.  Appointed PCs, unlike their elected cousins, do not have to actually live in the precinct they deem to represent.  (They can also be removed at will by the county chairman)  In fact, there have been instances of appointed PCs living outside the county, even outside the state. This whole process is now governed by party rules, but it's pretty much the same system as was established earlier by changes to the statutes.

As a result, the system increasingly became one dominated by party workers elected by their neighbors to one being dominated by appointees of the county chairmen.

This did not happen overnight.  To the credit of then long-time Republican county chairman John Sweezy, he pledged and did stay out of most slating contests.  He insisted that the PCs (and their immediate supervisors, ward chairmen) decide the endorsement contests.  Township chairmen and ward chairmen would try to stack the deck in their favor, but there still continued to be an emphasis on PC appointments being actual working PCs who lived in the neighborhood.

But things were changing.  Marion County slating conventions I attended in the 90s and the 00s featured an increasing number of "mummy dummies," a term I first heard from legendary Republican state chairman Rex Early, which describes non-working PCs appointed for the sole purpose of going to a slating convention and voting a certain way.  That person does no actual work in the precinct.

What is the effect of the dominance of the county convention by appointees of the county chairmen?  The effect is we don't have contested slatings anymore.  We had 17 positions up for slating earlier this year and 16 were unopposed.  In the one race where there was a contest, Judge Carol Orbison was told in advance that she didn't have a chance, that they would rig slating against her. They did exactly that.

The Democrats slating system isn't faring any better.  Attorney Zach Mulholland decided to go through slating for state representative in District 100 believing, or perhaps hoping, it would be fair.  He paid his fee which only then entitled him to the list of PCs and ward chairmen eligible to vote at the slating convention.  To his surprise he found out that about half the list consisted of relatives of his opponent, Dan Forestal.  Now the Democratic party bosses are screaming bloody murder that Mulholland signed a document saying he wouldn't run in the primary if not slated and he has now reneged on that agreement. Of course, implicit in that agreement was that Democratic officials would run a fair slating, where actual party workers would be voting on the endorsement, not Forestal's relatives.

The use of mummy dummies has not only stripped party workers of power, it has undermined any legitimacy toward a claim that the party organization has "endorsed" a candidate.  The slated Republican judicial candidates are making the false claim that they were endorsed by the party.  No, the party endorses candidates on May 8th.  It used to be that slated candidates could legitimately argue that the party workers endorsed them.  Now that is not even true.  Rather the truth is a slating endorsement is nothing more than an endorsement by party bosses, nothing more nothing less.
Posted by Paul K. Ogden at 11:15 AM

Excellent and right on!

I agree with you on pretty much *zilch* , but 100% agree with this post. I've been annoyed/angry at/hating on the slating process in the Marion County Democratic Party for near on 8 years now. I've had serious arguments with people in positions of power in the MCDP about it, and listened to their excuses and justifications with continuing sadness at how un-democratic the process it.

Interesting to see the MCRP is in the same corrupt boat.