How Much Is The City Paying ACS for Closed Parking Spaces Downtown?; Councilor Rivera Gets Facts Wrong About City's Share of Parking Fees 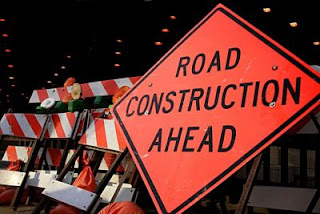 A couple weeks or so ago, the City released figures that purport to show the city's parking meter revenue rose subtantially over a 3 month period compared to the same period during 2009 and 2010.  While on their face the numbers raised questions, my knowledge of the contract prompted even bigger questions.

I think it is a conservative estimate that an average 150 downtown parking places have been kept closed this summer due to construction.  Let's split the difference on the zones and estimate a Temporary Closure penalty of $17.50 a day.   That is $2,625 a day the City is paying.  Let's say the construction that has kept those meters closed lasts for 120 days.    That's $315,000 the City owes ACS for that period.

I focused on a four month period because the City claimed it made $498,273 in "revenue" off of the parking meters from March through June of 2011, a four month period. That is exactly 30% of the $1,660,910 in total revenue.   But under the terms of the contract, the temporary closure fee is actually a deduction from the City's revenue share.  So the City could have claimed it got $498,273 in revenue while failing to disclose that that figure is actually reduced by $315,000 (my example) in temporary closure fees to just $183,273.


Unfortunately no one in the media has started asking questions about how much these closed parking spaces are costing the City.
****
On a related note, reportedly Republican at-large councilor Angel Rivera told the audience at a Decatur Township election forum that the City gets most of the parking revenue under the ACS 50 year contract.  Wrong, Angel.  We get just 30%.  From March through June of 2011, the City reported that the total revenue from the parking meters was $1,660,910, while the City's share owas $498,273.  That is exactly 30% which matches the 30% share the City is entitled to in Schedule 2.1 of the Contract.  Of course, even that figure is before deductions from the City's revenue share for things like temporary closures.
Posted by Paul K. Ogden at 11:57 AM

Paul, the entire point of the contract was to get ACS paid.

You're right to observe that a closed space provides a higher return than an available space. Closing spaces, here and there, is good for ACS.

Yep, it was all about putting money in the pocket of a politically-connected company. I think of all the things the Ballard administration and Council Republicans did, this was the worst. It not only screwed up the present, but it tied our hands for the next 50 years.

Angel has never really understood why he was placed in that CCC position by TOJO. I have met him,seems like a nice young man,but he has no idea of what the CCC is all about.He only does what Walker and Ballard tell him todo.What a shame that a young man like that is nothing more than a puppet for Ballard.

I was at the meeting last night. Outside of that one flub, Rivera acquited himself quite well with his grasp of the finances, I thought. I don't agree with any of the deals and I take a different view many times than Rivera, but he was on top of the numbers and seemed comfortable rattling them off to make his points.

When you've been lying about the numbers as long as Angel has, I'm not surprised he has some he can shovel out in front of an audience.

When you've been lying about the numbers as long as Angel has, I'm not surprised he has some he can shovel out in front of an audience.

Somebody tell me again why we couldn't upgrade the meters, raise the rates to increase revene, and not pay anyone for closing off spaces without contracting it out?

Downtown Indy,
Because the word "privitization" was invoked. At that moment the joined voices of a chorus of angels, in perfect harmony, sang. The contract was presented on a pillow of white silk fringed in lace. All was right with the contract because it was yet another service to be privatized. There went that chorus again. Next, we can privatize, damn that chorus, the police. Of course, there is another phrase to describe a police force like that. For years it was called the protection racket.

Another really messed up part about this deal is the rate we pay for the meters being blocked. At $1 an hour, for every minute of the 14 hour period the meters are "ON" would only equal $14. Why would we agree to pay them MORE than they would make if the meter was occupied for the entire 14 hours, and no meter is full that often. They are MAKING more on us if we block the meter. We got the shaft in this deal because they wanted it pushed through asap.!