Marion County GOP Chairman Kyle Walker Calls for Rep. Phil Hinkle's Resignation; Is Walker's Request About the Good of the Party or About Eliminatng an Independent-Minded Elected Official He Can't Control? 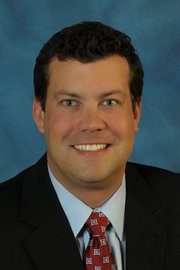 It didn't take 24 hours from the time the news broke for Marion County GOP Chairman Kyle Walker to call for Rep. Phil Hinkle's resignation.  Governor Mitch Daniels though, undoubtedly stung by his premature comments asking for Secretary of State Charlie White's resignation, this time had the good sense to say resignation was not his call.  Speaker Brian Bosma said he would wait until talking to Rep. Hinkle before expressing an opinion.

Whether to resign is obviously something that is a personal decision and Hinkle needs to discuss with his family.   I for one, and perhaps its driven by selfish motives, do not believe resignation is a fait accompli.  If Hinkle were to admit to his mistakes and say he's going to work to do better by his family and constituents, I think this story could fade into history as he finishes out his term.  Regardless, it is imperative that a politician dealing with such a scandal not make a rash decision that he might regret if given more time to consider it.

Thus far, Chairman Walker is the only Republican official to ask Hinkle to resign.  Unfortunately the media took at face value Walker's claim that he was issuing the call for the best interest of the Marion County GOP, not considering that maybe it had something to do with Walker's personal dislike of Hinkle and his salivating at replacing him.

Hinkle is one of the few politicians who has the backbone to stand up to GOP Chairmen like Tom John and Kyle Walker.  Hinkle is independent-minded and couldn't be controlled like so many other Marion County GOP elected officials.  Because of this, Hinkle has been a thorn in the side of Walker and he would love to get rid of the legislator.  I bet the minute the new broke, Walker picked up the list of precinct committeemen in Hinkle's district and started filling the vacancies with "mummy dummies" who will go to any vacancy convention to vote for his choice.

Interestingly one source of possible canddiates - the Indianapolis City-County Council - might be off limits.  Three westside Republican councilors may live in Hinkle's district, Janice McHenry, Robert Lutz, and Marilyn Pfisterer.  They are the type of candidates Walker likes - they do exactly what their told to do by leadership, even when their votes are bad for their constituents and highly unpopular. All three supported the $33.5 million taxpayer gift to the Indiana Pacers and the 50 year parking meter deal, a giveaway of nearly a billion dollars to ACS, a politically connected company.

The hitch is that McHenry, Lutz and Pfisterer are all candidates for re-election this Fall.  If one of them were to get picked to fill any vacancy created by a Hinkle resignation, I don't think their positions can be filled on the November ballot and the district would probably end up going to the Democrats.  While McHenry's district will almost certainly go to the Democrats this fall anyway, Lutz and Pfisterer's still lean signficantly Republican and they will probably win re-election.

Walker showed what type of person he is by the statement he issued. Rather than show compassion and take an approach like Governor Daniels or Speaker Bosma, Walker's immediate reaction was to ask for Hinkle's resignation.  He didn't even wait to talk to Hinkle or learn all the facts.  Don't for a second think this is because Walker cares about the Marion County Republican Party.  He cares about himself and his insider friends. Walker would jump at the opportunity to get rid one of the few Indianapolis Republican elected officials who has the temerity to stand up to him.

There is one resignation though I am looking forward to - Walker's.  During his tenure the man has done absolutely nothing to rebuild the grassroots of the Marion County GOP, instead continuing the Tom John-style model of dictatorial leadership that treats GOP grass roots workers with utter disdain and mere tools to be used by the leadership.  When the Republicans lose the Mayor's race and lose control of the Council this November, Walker needs to accept responsibility and resign.  Now there is a resignation which would truly be for the good of the party.
Posted by Paul K. Ogden at 1:52 PM

No one can say for sure, but resigning might be the best possible thing for Hinkle and his family. Forget about the profession of being a politician, what is going to heal the Hinkle family. If Hinkle chooses his professional life over his family, then he deserves whatever consequences result. No one can make this decision except Hinkle.

Read my latest post, Paul, and you'll understand why no Republican leader is going to stick there head out for Hinkle. http://advanceindiana.blogspot.com/2011/08/hinkle-was-attending-wedding-reception_13.html

Paul, resignation is about the only thing left for Phil Hinkle to do. He has no support from the Republican party, and quite frankly, rightfully so.

Let us set aside that he is a liar, a cheater, and a hypocrite. I am no saint myself, but I do expect more from an elected official. But, let us just focus on his potential criminal liability.

In Indiana, paying someone for sex is a crime. If I hired a hooker, and it was brought to the attention of the police, then I would be prosecuted for it. Perhaps prostitution should be made legal (and I would have no objection to that, so long as human trafficking were still prosecuted), but until it is legalized, elected officials should be expected to follow the rules like everyone else.

Also, assuming the young man's story is true, Mr. Hinkle should be far more concerned about just being prosecuted for patronizing a prostitute.

Sexual battery is a crime. Criminal confinement is a crime. Interference with the reporting of a crime is also a crime. Intimidation is a crime. There is a reason Mr. Hinkle has retained a criminal defense attorney, as he is facing some serious allegations of criminal activity.

Also, I know it's easy to dismiss the prostitute as a blackmailer, but if he is one, then is a very stupid one. You successfully blackmail someone by using leverage over them. You say, "If you pay me, then I won't go to the media with this story." You don't go to the media with a story, and then expect to get money. Who exactly would pay him now? Especially, now that any details of any supposed "shakedown" would have been exposed? Also, phone records are quite easy to subpoena, and if it shows that Mr. Hinkle and his family members were calling the young man repeatedly, as he claims, then it tends to suport the allegation that Mr. Hinkle was trying to pay to keep the story quiet, rather than Mr. Hinkle's claim that he was being "shaken down" for money.

Phil Hinkle's political career is toast, and it would be better for him to step down and spare his family further humiliation. He also may need to have all his focus on defending himself should he be criminal prosecuted.

The only thing Hinkle has left to do is not resign and show the moral courage to oppose the hate-filled parts of the Republican platform.