Both the U.S. Congress and Indiana legislature are considering measures to stop government from contracting with Planned Parenthood, the largest provider of abortion in the country. 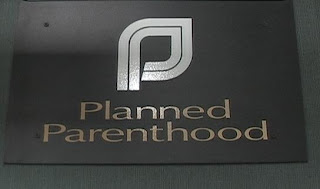 Those who attack the move often claim the effort, supported mostly by Republicans, is about denying non-abortion, family planning services to women. While the services contracted for at the national and state level do indeed deal with family planning, non-abortion services, the claim is more than a little disingenuous. The effort at ending government money going to Planned Parenthood is not aimed at stopping those services, but rather aimed at Planned Parenthood because of the abortion services PP provides and many, if not most, people find objectionable, especially when paid for with tax dollars.

Those who claim that Mitch Daniels is the most pro-life governor for decades need to ask why the Governor has allowed his agencies to contract with Planned Parenthood. Gov. Daniels could with a simple order put a stop to the contracts. He has never taken that action.

Planned Parenthood may claim that it is the only one capable of providing these family planning services. That would be a more valid point and put PP on more solid footing than falsely claiming that the move is about government cutting off non-abortion, family planning services. But the claim by PP that it is the sole outfit capable of provide services sounds more like a business trying to undermine possible competition for government contracts. I frankly don't believe PP that no one else does what they do in the area of family planning. PP has proven it is a business and its chief concern is about making money, not ideological battles The moves in Congress and at the Indiana General Assembly threatened PP's business profits. That's what the fight is about...not eliminating family planning services.

When I was quite young and didn't have insurance or much money, I could get cheap contraception through PP. They helped make it possible for me not to bring a child into the world that I could not afford to raise at the time.

Better contraception than another mouth to feed on the public dole.

We need to make inexpensive/free contraception and reproductive education widely available, not abortions.

Taxpayers should not have to fund these things. It's not the proper role of government.

DV, I agree it's not the role of government. Still that's not why PP is being targeted...it's because of the abortions that PP perform.

It's a far, far better thing to prevent an unwanted child (who'll likely end up being supported by government either via welfare or prison) from being born.

Planned Parenthood spends far more on medical care and contraception than on abortion, and IMHO, that's how it should be.