Why Ballard 2.0?; The Real Reason Behind Mayor Ballard's Re-election Announcement 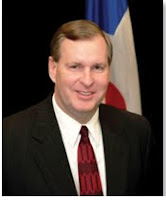 Most political analysts see the odds of Mayor Greg Ballard being re-elected as a long-shot. Not only does Ballard have to overcome demographics of the county that strongly favor the Democrats, but also the fact that his administration has pushed through highly-unpopular measures - like the $33.5 million gift to the Pacers and the 50 year parking lease - that will be easily exploited by the Democrats in a campaign.

Why wouldn't Ballard just choose to bow out a winner? I recall back in 2006, that is exactly what Republican Marion Clerk Doris Anne Sadler did. She recognized the demographics of the county had turned against Republicans and that missteps in office would also be used against her. Instead of taking the inevitable "L" on her candidate record, she withdrew, choosing to fight another day.

Ballard though governs in a very sheltered world. He's guided by a handful of people around him who are constantly reassuring him he is doing the right thing and will be vindicated in the end. Those people are busy cashing in, pushing the Mayor and the Council to adopt highly unpopular measures that make them and their clients money.

The minute Greg Ballard announces he's not running for re-election, the Mayor's influence ends and so too ends the opportunity for those insiders to cash in. It is in the selfish interests of insiders for Ballard to run for re-election so as to extend Ballard's influence with the Council to the Fall of 2011 instead of ending it now. That gives more time for them to take advantage of the politically-naive mayor, encouraging him to pursue proposals which are highly unpopular but will be supported by Republican Councilors who, quite wrongly, see their fate as tied to the success of the Mayor's agenda.

The only chance Republicans have of winning in 2011 is to run a complete outsider, someone who distances himself as far as possible from the Ballard agenda. Even then the odds of that person prevailing are remote - any Republican candidate will have to carry the Ballard baggage and much like the Brizzi baggage that prosecutor candidate Mark Massa had to carry, Ballard's baggage is quite heavy. The Republcians have little hope of winning the Mayor's office in 2011 and the Mayor's announcement he's seeking re-election all but guarantees the Democrats' success in 2011.
Posted by Paul K. Ogden at 2:10 PM

He's got my vote.

Seriously, Tim is excellent at knowing how to use the media...hopping on issues and getting coverage.