The Charlie White Controversy and Why It Won't Matter; Carpetbagger/Lobbyist Coats Will Win Over Ellsworth

I went out for dinner with a Republican friend last night. The issue of Secretary of State candidate Charlie White came up. My friend, who has considerable involvement in politics, is certain that White's candidacy is doomed. 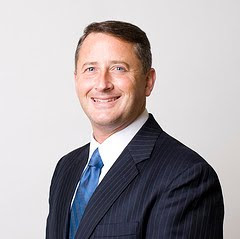 Any other year, I think he might be right. Certainly White's screwup is going to hurt him at the polls and may end up with criminal charges filed against him. But any charges are going to be well after the November election.

Meanwhile, Vop Osili, the Democratic challenger, is faced with formidable obstacles. During a typical mid-term election, the state-wide Republican base is about 55% to 56%. This year though it stands to be even larger with a Republican national tide. Most importantly, the backlash against President Obama will depress Democratic turnout. The baseline vote will be pushed up to as much as 60%.

That's what Vop Osili has to overcome to win. To do so, he would need a lot of money and he may even need a different name. The fact of political life is if people don't know the candidates and one has an ethnic sounding name, voters will vote for the one who has the more American-sounding name. If people doubt this, they may want to ask Nasser Hanna who lost the Democratic Primary to Tim Crawford in Indiana's 5th Congressional District. Or they could study the 1998 primary in the same district where the favorite of Democratic leaders, R. "Nag" Nagarajan, lost the primary eccentric and convicted felon, Bobby Kern. Interestingly, after losing a previous campaign under the name Bobby Hildago, he changed his name to Kern, his mother's maiden name.

Think about all the places in Indiana, where voters are going to walk in to the polls and see "Charlie White" running against "Vop Osili." Could you get any more American sounding name than "Charlie White?." 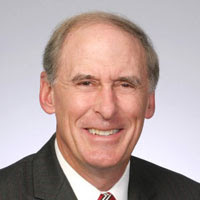 Moving on to the Senate race between Republican Dan Coats and Democrat Brad Ellsworth. With Coats, Republicans nominated a terribly-flawed candidate. I doubt voters are thrilled that Republicans nominated a carpet-bagger like Coats, much less one that was a Washington lobbyist. With Ellsworth, the Democrats did as well as they could nominating a moderate candidate who could get Republican votes. In any other year, Ellsworth could beat Coats. But it's not going to happen this year with the Republican tide washing over Indiana.

Both Coats and White will run behind the Republican baseline in 2010, but neither will run far enough behind to lose. Color them both winners. Coats wins by 10%, Charlie White by 6%.
Posted by Paul K. Ogden at 10:54 AM

Democrat Vop Osili is accused of violations on his campaign finance reports.


Libertarian Mike Wherry hasn't been accused of any wrong doing.

Geee wonder whom I should vote for.

There's no way you can get a campaign finance report correct. The system is designed to scare all but the big guys away from running.

Getting on the ballot should be as simple as entering your name. There should be no reports.

A ballot should be a bare list of names, absent party reference, with the order randomly drawn. The Elections Division would be reduced to mere record-keeping and ballot-printing.

I think it's nice that the Democrats have finally admitted voter fraud is possible.

Cato,
I would think someone whom is running for the Office of Secretary of State, since voting laws are one of the things that office is in charge of, would be able to get their campaign finance reports right.
How would they if elected be able to enforce such laws if they violated?