I am not convinced that the people around Indianapolis Mayor Greg Ballard actually care if the Mayor is elected. The Mayor's advisers seem clueless when it comes to understanding basic political strategy. The only strategy I can detect for 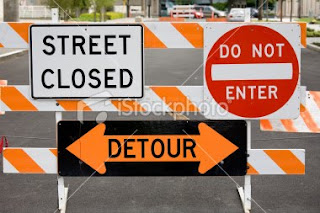 re-election is this: Get a whole bunch of money and spend it on infrastructure repairs before the election. That way voters see how things have improved in the city, and Mayor Ballard coasts to re-election. The bills for the infrastructure spending comes years later, after Ballard is safely out of office.

Assuming the strategy of massive infrastructure improvements before an election would work...and I'm not aware of a mayoral election in which it has...isn't there something we're missing?

Look at the calendar. It is the middle of September, less than 14 months from the 2011 municipal elections. Paving and repairing roads and sidewalks shut down in the late fall until spring. You can't pour concrete and blacktop when you're faced with the uncertainty of freezing temperatures. If you knock out 4 months for cold weather, which is a conservative estimate, that leaves only 10 months to complete a massive number of projects.

People do like infrastructure improvements, but they do not like the road closures, detours and those orange barrels that are needed so those improvements can be completed. People complain about road construction all the time. It's not until the projects are completed that people are happy. 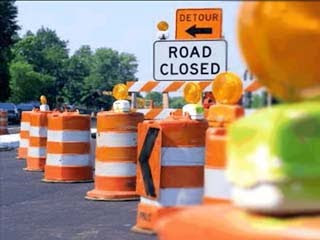 Come next spring and summer there are likely to be numerous closed roads, detours and orange barrels due to the Mayor's massive infrastructure repair programs. These repairs will take months, if not years, to complete leaving many parts of the city under construction. During the time, you're going to have traffic tie-ups, inconvenient detours, etc. that put people on edge. Rather than a public thrilled about the projects, you're likely going to see people frustrated and angry about all the construction...and they're going to blame the Mayor.

Maybe I'm wrong, but I don't see any way possible that these construction projects are going to be completed by Election Day, i.e. November 8, 2011. That leaves the Mayor having to go to post bragging not about a "rebuilt" Indy, but having to answer for a city that is "under construction."
Posted by Paul K. Ogden at 4:39 PM

I am convinced that those repairs are, and have been, underway for some time. There's been an awful lot of sidewalk and road repairs going on, but where did the money come from?

This first came to mind when I saw many of the alleys and some streets in Fountain Square being paved. This continues to occur. I've NEVER seen alley paving being done on the scale it's been done this year. I just saw another one with the orange cones up yesterday.

I wonder if this ACS deal is being counted on to cover what's already been done. Have they juggled finds to get a jump start, fully cognizant of the 'timing' issue?

I don't know, DI, that would assume a level of cleverness I have yet to see from this administration.

It's worth noting that a portion of the money "received" from the water deal was taken out in bonds anyway, and would've been taken out even if the water deal didn't pass the council or IURC (it still hasn't passed IURC).

On my day trip to Bloomington, a huge chunk of 38th street between around the Lafayette Square area until you hit 465 is under construction. Fortunately, it was the mid afternoon of a Saturday, so there wasn't traffic to deal with. But if that was 8:30am on a weekday, I would't want to imagine 38th street with a couple of lanes out of commission.

They are doing some paving of roads (long overdue) in Franklin Township. One of the workers told my wife it was to to the Federal government stimulus money. Have no way of verifying that but I do know they still haven't come close to spending all of the money yet.