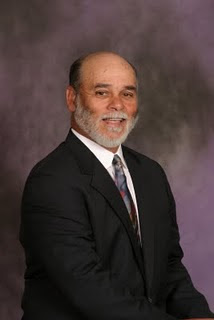 The Indianapolis City-County Council tonight, with no debate, voted 25-3 to give away $1 million of our tax money to 51 non-profit, artsy-type groups. Every Republican except for Christine Scales, Mike Speedy and Jeff Cardwell voted for the measure.
Not a single councilor asked a question about whether these groups needed the money or what the money would be used for. This is the Council, after all, and asking anything more than softball questions is considered impolite and frowned upon.
The vote earned praise from Democrat Councilor Monroe Gray. Gray congratulated Council Republicans for finally starting to act like Council Democrats in their willingess to blindly throw $1 million at arts groups. Again, that was Monroe Gray praising the spending habits of Council Republicans. Is there any doubt that Marion County Republicans have given up on being fiscally responsible.
Many of these arts groups receiving our tax dollars are flush with cash and hand out six figure salaries to their top employees. I recently reported on one of them, the Indianapolis Children's Museum:

epublicans, led by fiscally liberal Ryan "I Never Met A Tax Increase Or Spending Program I Wouldn't Support" Vaughn, tonight showed they are no better than the Democrats they decry for big government and tax increases. Pray tell, why should a conservative like me vote for these Council Republicans who tax, borrow and spend every bit as much as the most liberal Democrats on the Council?

Note: Libertarian Ed Coleman also told me he would have voted against the measure.

Then, Ed Coleman needs to truthfully explain why he did vote for Ballard's Water Deal, please.

MCB, I have not voted for any water deal as of yet. I have not made my decision yet on that deal. As of right now, I have only voted to allow the mayor to continue talks and to put a committee in place to allow for more input from all sides and the public. I have yet to make a final decision on the water deal.

For the record. I did vote against the 180 million bond so far. I would not call that a vote for the deal.

I added a paragraph about Monroe Gray's praise of the Council Republicans for their willingness to casually toss out $1 million for the arts. That was pretty funny.

I'd like to see a public discussion regarding the libertarian position on the water deal.

Ed, you should lead the discussion publicly on one of the blogs so we can understand the thought process grounded in libertarian principle.

The transfer works for me. It's the phony "sale" that forces Citizen's to borrow money to be paid by the public that I have a problem with. That's just a tax increase incorporated into rate increases.

BTW, Mike Speedy voted for this and Mike McQuillan is the one who should be listed as having voted against it.

Did Monroe ever refund the homestead credits we shouldn't have been taking on his daughter's home?

He's shouldn't be talking about other people's fiscal practices. He can even handle his own.

Well, Ed, I so very much hope that you will do as HFFT requests here, especially now, and especially since you are acclaimed to be the highest in rank of all elected Libertarians in the USA. Thank you.