The Conventional Wisdom Regarding Mayor Ballard Running for Re-Election: Could We All Be Wrong? 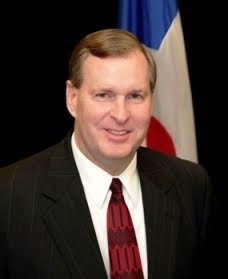 The conventional wisdom is that Indianapolis Mayor Republican Greg Ballard will seek re-election in 2011. That same convention wisdom existed as to Senator Evan Bayh when he suddenly, at the last minute, dropped out of the race. So maybe we should not assume too much regarding Ballard's plans for 2011.

I have long written on these pages that Mayor Ballard has no chance of re-election. He's deeply alienated his own Republican base as well as set the Democrats up on issue after issue which any well-funded opponent could easily exploit. Taxes, junkets, lack of or poor leadership...he repeatedly has put the ball on the tee for the Democrats all but asking them to hit it out of the park. Certainly the Democrats will do just that in 2011 should Ballard seek re-election.

I've always assumed that 1) Mayor Ballard's advisers are complete idiots when it comes to political strategy; or 2) The political advice is good but the Mayor is too stubborn to listen to it. While I believe No. 1, I still have trouble imagining anyone making a living handing out political advice telling the Mayor that he doesn't have to worry about the tax/fee increases...that he can explain them away by a nifty commercial. Likewise with the junkets. The public is going to quickly tune out the explanation that these aren't taxpayer dollars paying for the trips.

But what if neither No. 1 or No. 2 is correct and Mayor Ballard has decided against running for a second term. His administration seems to be about catering entirely to the City's elites rather than pursuing a more populist agenda that would position him for re-election. What if Mayor Ballard has no plans for re-election, but is instead enjoying the perks of his office (Exhibit A the exotic trips) and catering to the powerful to get a good position in the private sector come the end of his term on 1/1/2012?

Side Note: I'm not one of those who think the elites are purposefully sabotaging Ballard to get a stronger candidate for 2011. Any new Republican mayoral candidate would still have to carry the Ballard baggage and that would most likely doom his or her candidacy in 2011. It's the same reason why Mark Massa is highly unlikely to win this year. He's carrying Prosecutor Brizzi's baggage, like it or not.

The Ballard one term and out is a plausible theory which would explain why the unpopular Mayor isn't worried that he has permanently damaged his re-election chances. Still I cast a reluctant vote for No. 1 - that Ballard has political advisers who are completely clueless and have no idea how impossible re-election will be given his performance the first two years in office.
Posted by Paul K. Ogden at 12:32 PM

Clueless doesn't begin to describe it.