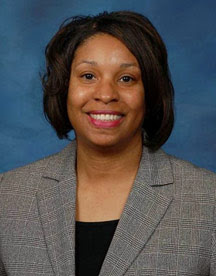 Tonight when I attended a Pike Township Republican meeting, I was reminded of a meeting a couple years ago where party leaders were speaking about supporting a certain judge. We committeemen were assured the legal community viewed him/her as an outstanding jurist. As an attorney, I knew that, contrary to the claim, the judge was viewed by attorneys as one of the worst on the bench and, in fact, attorneys regularly took a change of judge when a case unfortunately landed in the judge's court. Finally, I couldn't take the praise any longer, and offered a mild reality check based on my knowledge of the judge's poor performance.

During the tonight's meeting the issue of who the Pike precinct committeemen should support for the at-large vacancy on the Indianapolis City-County Council came up. It was strongly urged that Pike support the township's very own Dorothy Henry. It was pointed out that Henry served on the Capital Improvement Board trying to clean up the mess of the previous Mayor and she is opposed to tax increases.
When I started this blog, I decided I was going to be, as a law school classmate of mine used to say, "brutally frank." In light of that committment, I could not long bite my tongue on the suggestion that Pike Republicans support Dorothy Henry.
Actions speak louder than words. Contrary to the claim that Henry is against tax increases, she in fact last year participated in neighborhood meetings in which she promoted the CIB tax increases. While on the CIB she never once spoke out against giving the Pacers $15 million more per year of OUR money to run Conseco Fieldhouse, even though the Pacers contract gives the team no leverage to demand that money from taxpayers. Henry also did not speak out against giving the ICVA millions more of our tax money nor did she demand accountability from the ICVA despite the fact the organization is flush with six figure salaries. Not once did Henry suggest the horribly mismanaged CIB needed to change how it did business before we give the Board millions more of our tax dollars.
In all the CIB meetings I watched, I never once saw Henry ask a tough question. Her job seemed to be to rubber stamp whatever then CIB President Bob Grand wanted done and she never failed in that job.
Republicans desperately need fewer followers on the Council and more leaders. We need councilors who will exercise independent judgment and ask difficult questions. We need councilors who will put taxpayers and not party bosses and insiders first. Henry completely failed to stand up for the taxpayers and conservative Republican values while on the CIB. She was a rubber stamp for the insider corporate welfare measures and tax increases that City and CIB's leadership wanted. There is no reason to believe that Henry will suddenly become an independent-minded, conservative friend of the taxpayers on the Council. Her track record on the CIB strongly suggests otherwise.
I realize that honesty about a popular fellow Pike Township Republican won't be appreciated by many Pike Republicans. So be it. Henry clearly is not the right person for the Council and the fact she lives in my township does not change that fact.
Posted by Paul K. Ogden at 10:47 PM

Dorothy Henry is just another big government republican who believes in transferring wealth from the general public to the privileged few.

I am sorry if some other of the Republicans in your township may be mad at you for speaking the brutal truth about someone they personally like, or with whom they feel a kinship. Please stick to your principles, Paul, and may your courage be contagious.

MCB, Thanks, rest assured I will.

You call it brutally frank, I call it painfully objective. Either way it's telling 'em what they need to hear.

Henry is at the convention today telling how she is against higher taxes and helped clean up the CIB. How stupid does she think we Republicans are? She did neither of those things on the CIB. She was a Bob Grand rubber stamp.