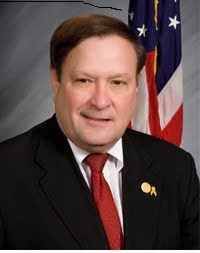 To recap, Judge William Young of the Marion County Traffic Court adds an additional $300 or $400 on the fine of every traffic court defendant who challenges their ticket and loses. (I have yet to talk to a traffic court defendant who took a case before Judge Young and won.) My law firm, Roberts & Bishop, filed a lawsuit challenging the practice...that you can't impose a fine on a defendant for the exercise of a constitutional right to a trial. This position is supported by a decision of the Indiana Supreme Court which held that an Indiana judge committed judicial misconduct by imposing additional punishment on defendants who ask for a jury trial in his courtroom. Our lawsuit also challenges the Traffic Court's violation of Indiana's constitutional requirement that courtrooms be open to the public.

Senator Young's bill, which was filed before my firm's lawsuit, is aimed at capping moving violation fines, which bill would curtail Judge Young's practice of imposing substantial fines on defendants as punishment for asking for a trial.

The bill is set for a hearing in front of the Senate Corrections, Criminal and Civil Committee on Tuesday, January 19, 2010 at 8:30 am, Room 130 in the Indiana Statehouse. The public is welcome to come and testify.
Posted by Paul K. Ogden at 1:09 PM

Why hasn't Judge Young been thrown off the bench?

Seriously, this man is an enemy to America's founding ideals. He is unfit to serve, and he has violated his duty.

Many congrats to Senator Young. Let's hope the rest of the Legislature runs with it.

For sure, Cato, and many thanks to Roberts & Bishop (including, of course, Paul Ogden) for their law suit. The hearing Tuesday promises to be very interesting.

Two thumbs up from me, too !