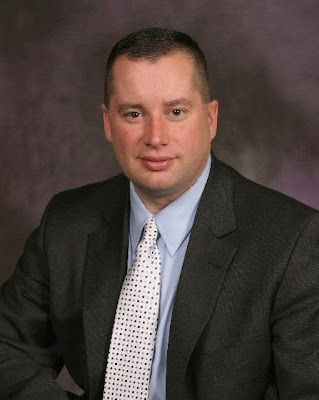 Several Republican activists have complained to Councilor Ben Hunter about his votes on the council that more closely represent that of a liberal Democrat than a Republican. The latest is his sponsorship of a complete ban on smoking in public places in Marion County, a ban that would throw out the reasonable compromise reached a year ago on the subject. Prior to that, Hunter supported the first in what will be three tax increases to bail out the Capital Improvement Board. In fact, his vote made the difference in passing a measure to give Indianapolis the highest hotel/sales tax in the country. Not once did Hunter demand any sort of reform in the operation of the CIB in exchange for his vote. His answer was just to give throw more taxpayer money at the wasteful CIB, an organization which for ten years has been running a deficit.

Instead of trying to placate his Republican critics, Hunter lashes out at them. While I have a strict policy of not publishing emails without approval, the same doesn't go for posts on Facebook which are for public consumption.

Brian, came to your wall to let you know I am happy to meet with you upon your return. In response to your comments here, the only way I will be a "one termer" is if I don't run again. I think you know my district and my constituent service is one of the best on the council. There are no winners here. This debate was important for the up coming state session. You did not have to look far to see some state reps in our chambers last night. After it's all said and done, this public policy issue has wide support. My record is stronger on economic issues, more so than the one L on council. I'll be ok.

From what I've heard from other Republicans, that post is typical of Councilor Hunter's arrogance and condescending attitude when it comes to those who who dare criticize him. I don't know what fantasy world Councilor Hunter is living in, but he certainly does not have a strong record on economic issues. When we elect anti-freedom, tax and spend Republicans like Ben Hunter, we might as well elect Democrats.

As far as his Irvington-area district goes, I know Republicans out there who are not at all happy having Ben Hunter as their councilor. I know a couple of them in fact who have much more political experience that Hunter, better state-wide political contacts, and nearly as much name identification. I don't know if they want to take time off from their families or careers to run in a primary, but if Mr. Ben Hunter thinks he would sail to re-nomination against either of them, he would be sadly mistaken.

Councilor Hunter would be well-advised to drop the arrogant attitude and adopt a little more humility in how he conducts himself as an elected official.

P.S. Councilor Hunter claimed that a colleague's reference to anti-smoking Nazis is an "anti-Semitic" comment. Trying figuring that one out.
Posted by Paul K. Ogden at 9:01 PM

We're actively recruiting in Ben Hunter's district! Please contact me if you know anyone who'd like to run.

Angela Mansfield is Jewish and Ben's wife is of Jewish decent. So maybe the Nazi references were a bit much.

Sorry, Abdul, I still don't get the connection. It's still not an "anti-Semitic" term as that term is normally defined. I'm pretty sure you could find Jewish people on both sides of the issue.

One of the associates at my law firm is Jewish. I told him the "smoking Nazi" phrase was called "anti-Semitic." He thought it was crazy that the allegation is being made that it is some sort of anti-semitic slight. He thinks the descrition is accurate.