In analyzing the runoff win by Democratic Senator Raphael Warnock against Republican challenger Herschel Walker, many election analysts noted the retired football star ran far behind GOP Governor Brian Kemp.  In comparing the two, those analysts conclude that Kemp succeeded because he was popular with the voters.
A review of the election results though reveal that Kemp is not more popular than the other statewide GOP candidates, and actually ran behind, albeit slightly, the Republican baseline vote in Georgia.  In establishing the baseline vote, political scientists don't look at top line races where voters actually know the candidates.  Instead they look at down ballot races where the candidates are much more obscure.  In those contests, voters tend to default to their party preference to guide their choices.
Brian Kemp defeated Democrat Stacey Abrams by 7.53%.  Meanwhile the Republican Commissioner of Agriculture and the State School Superintendent won by 8.13% and 8.38%. Given there was nothing unusual about those races, and the candidates were known by only a tiny percentage of voters, the contests are ideal for establishing the baseline.  So let's say the GOP baseline in Georgia was the average of those races, or 8.25%. 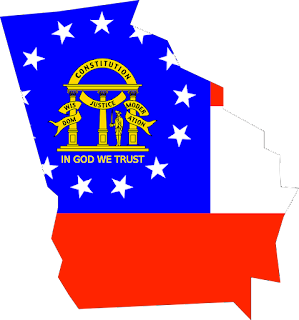 Lt. Governor candidate Burt Jones, a close Trump ally who agreed to be a fake elector, performed the worst of any Republican statewide candidate not named Herschel Walker.  He won by 4.96% of the vote.  Meanwhile Attorney General Chris Carr, who did clash with Trump and won the primary against a Trump endorsed opponent, prevailed by 5.26% of the vote.
The Georgia statewide candidate who led the ticket wasn't Kemp.  It was actually Secretary of State Brad Raffensperger who Trump attacked even more than Kemp.  Raffensperger won his race by 9.24%.
It wasn't so much that the Kemp was popular in Georgia, but that he benefited from the fact that the Republican brand proved to be popular in 2022 in the Peach State.  That fact explains why a scandal-plagued candidate so thoroughly unqualified as Herschel Walker could still receive an astonishing 48.6% of the general election vote.  Walker had the "R" by his name in Georgia and that alone nearly lifted him to victory.
Another narrative out of Georgia is that the Senate election result establishes Georgia as a purplish swing state.  The view of analysts is that Georgia has become more Democratic.  I must say, I was ready to accept that as true...until I took a look at the 2018 numbers.
Let's go back to those two Georgia statewide races I used to come up with a Republican baseline.   In 2018, the Republican Commissioner of Agriculture and the State School Superintendent won by 6.16%, and 6.04%, an average of 6.1%.
Of course, 2018 was a bad Republican year and 2022 was better, although not great, for the GOP.  And it is true that what happens in the mid-terms might not carry over to a presidential election.  Nonetheless, I think analysts are wrong to assume Georgia will be a top tier swing state in the 2024 presidential election.  The statewide baseline races in Georgia show a fairly strong Republican leaning.  Contrast that to Arizona which is often talked about in the same breath as Georgia when it comes to identifying 2024 swing states.  The Democrat appears to have won the Arizona Attorney General's race by a total of 511 votes.  Meanwhile, the Republican won the Superintendent of Public Instruction race by just under 9,000 votes, or .4%.  Of the five statewide offices elected in Arizona in 2022, Democrats won three of the contests.
It is quite possible that Republican-leaning Georgians simply don't like Trump and Trump-endorsed candidates, but have no problem voting for other Republicans.   Democrats winning in Georgia statewide seems to be an aberration instead of a pattern.   I would still color Georgia red.
OOP's short takes:
Posted by Paul K. Ogden at 1:21 AM