Trump Encourages Republicans NOT to vote in 2022 and 2024

Donald Trump is the gift to Democrats that just keeps giving.   Yesterday, Trump emailed instructions to his followers not to vote in the 2022 and 2024 elections unless the "Presidential Election Fraud of 2020" is "solved." 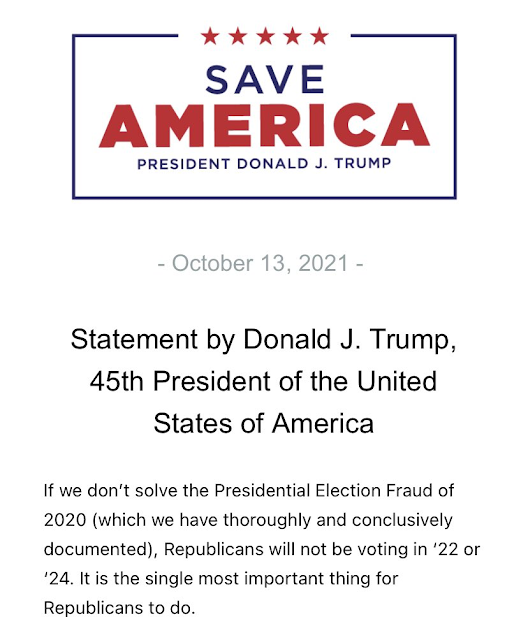 The Democrats ought to support Trump's efforts to get back on Twitter.  They should want to amplify as much as possible every dumb thing Trump says, including his statement encouraging Republicans not to vote in upcoming elections.

Trump is an expert when it comes to motivating Democrats to vote.   But that has always been offset by his ability to get his own supporters to the polls.  If Trump succeeds in encouraging his supporters to stay home that would have a devastating impact on Republican candidates up and down the ticket.