Republicans Should Retake the House in 2022, But Gains Will Likely Be Small

Most political analysts believe the GOP will retake the House in 2022.  I concur.  Republicans control redistricting in significantly more states than do the Democrats.  By redrawing the districts to disadvantage Democratic incumbents, the GOP could easily pick up the handful seats needed to retake a majority in the U.S.  House.  As I noted on these pages, I think the Republicans in the Indiana General Assembly will eliminate the Democratic leaning nature of Congressman Frank Mrvan's northwest Indiana district.  That would make Indiana's congressional district 8-1 instead of 7-2.

Then you have the heavy weight of history.  In midterm elections, the party not winning the White House tends to pick up a significant number seats in the House.

Three things though counterbalance, somewhat, those Republican advantages.  2020 was not a typical year for a party winning the White House.   While Democrats won the Presidency, Republicans picked up seats in the House, winning virtually every race that was deemed as close. So, in other words, many, if not most, of the competitive districts have already been won by Republicans.  Much of the historical mid-term gains for the party opposing the President has involved flipping back districts the President's party won during the presidential election. 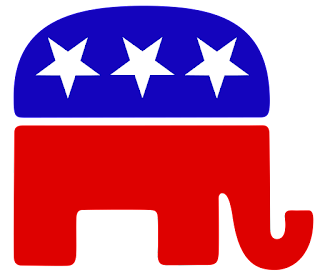 The second factor weighing against Republican gains in the House are the rural voters which increasingly make up the GOP's base.  Recently released census figures shows a significant migration of people from rural to suburban areas.  Because of the requirement that districts be equal in population, mapmakers are going to have to include more suburban voters into districts than they would like.  Suburban voters, often wealthy and well-educated, are increasingly voting for Democrats.

The third factor is the uncertainty of those rural voters.  Turnout among rural voters spiked whenever Donald Trump was on the ballot.  In trying to making districts favorable, Republicans drawing the maps may include in their calculation rural voters who may return to their previous habits of not voting, or worse, voting for Democrats.

Nonetheless, I think the odds strongly favor Republicans to retake the House.  (I would say 85% chance, maybe 90%.) They are 9 seats short of a majority in the U.S. House, which only requires the GOP pick up 5 seats for a majority.  At this point, I would predict the Republicans flip 12-15 seats, which seems like a lot but is actually significantly less than is usual for the party out of power.

Next up:   As GOP senatorial candidates push to become more Trumpy, the odds decrease that Republicans will retake the Senate.

1. The Afghan people, of course.

2. Never-Trump Republicans and conservatives. They sold Biden as a competent moderate who would right the ship while the RINOs recaptured the party. Disastrously wrong on all counts.

It was always simple for me. This is a two-party system. You support the one or get the other. Not a single bad consequence of a Biden victory was unforeseen or forewarned.

Is anybody going to listen to these people ever again?

Probably a few but not many." Note the binary choice being mentioned for Paul and his running dogs......

Of course, Leon, you conveniently ignore that it was Trump who cut the surrender deal with the Taliban in the first place, cutting out the Afghan government in the process, and who ordered Taliban fighters and its leadership, out of prison. The new Taliban President of Afghanistan was released from prison by Trump/Pompeo. And let's not forget that Trump wanted to invite the Taliban to Camp David to celebrate 9/11. What a patriot Donald Trump is! Trump thinks the Taliban can be trusted. What a genius.

At least Biden is trying to correct missteps, to right the ship. Trump would never have done that.

Trump is not a patriot, Leon. Trump belittles Americans who fight for our country calling them fools for putting their lives on the line. That's probably because Trump dodged the draft during the Vietnam War and is nothing but a sniveling coward.