A disaster is playing out in Afghanistan as I write this.  Upon assuming the presidency, Joe Biden carried through with the President Trump policy of withdrawing all troops from Afghanistan.  Much to the shock of America's foreign policy experts, the large, well-equipped Afghanistan military folded within days as the much smaller Taliban force seized control of the country and the government.

While Presidents Trump and Biden had different approaches to Afghanistan, they both had the same goal - the end to America's longest war.   President Trump's approach was to befriend the terrorist-supporting Taliban and trust them to be partners in peace.  President Biden's approach was more Vietnamesesque... train the locals to take over the fighting and then leave.  Unfortunately for Biden, the strategy worked as well as it did in Vietnam.  It took only days for North Vietnam to route South Vietnam when the United States left its ally behind.  Same with the Taliban and Afghanistan. 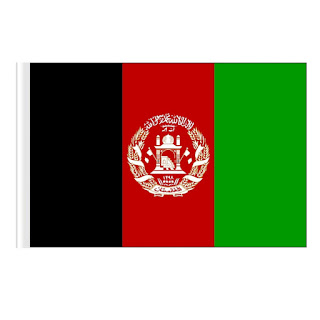 In the last few years, the hopes of stamping out the Taliban were shelved as the American military was reduced to a small security force.   While the smaller force was remarkably successful in keeping the Taliban and its support for terrorism contained, the United States was far less successful when it came to nation building.  While the United States rebuilt roads and bridges and schools in Afghanistan, the seeds of democracy and freedom never took root.

One might say that the withdraw from Afghanistan was a mistake.  But the almost immediate collapse of the Afghan government and surrender to the Taliban suggests that our 20 year approach to Afghanistan was the real mistake.  Nation building does not work.  Freedom and democracy have to grow organically. Planting those seeds ourselves and hoping they grow never works.  The United States never seems to learn these lessons.

It was when America's mission went from targeting terrorists to nation building that success in Afghanistan turned to failure.

Here's what I don't get about Afghanistan.  Why isn't the United States doing everything possible to get those Afghans who helped America, people such as translators, out of the country?  Leaving them behind is to doom them to death.  Further, it almost ensures no locals will want to help the United States ever again.

The U.S. military has made a sacred commitment to leave no one behind on the battlefield.   That is a commitment we need to extend to those friends of America who risked their lives to help out the United States in its missions.  To leave those Afghans behind is unconscionable, a disgraceful chapter in America's history books.

*I think you and your running dogs preferred Mr. Biden to Mr. Trump and probably worked for that end. "THOUGHTS ON THE PRESENT SITUATION, FROM A FRIEND:

The instructive thing about the rising gas prices and rampant inflation, the shocking Afghanistan debacle, the never-ending state of pandemic crisis, etc., for today’s neophyte and myopic older voters, is that elections have consequences. Much as the Palestinians learned after they voted in Hamas in the mid-2000s. An election doesn’t end with that feel-good vote that everyone was exhorting everyone else to cast. (Or with the stuffing of ballot boxes, I have to add in this case).
All of this was not only foreseeable, but foreseen — though I will confess things are going to Hell faster than even I expected."

Make no further excuses for Obama or Biden or Harris or your running dogs......

You do realize, don't you, that it was Trump and his lapdog Pompeo who signed the American surrender document with the Taliban, cutting out the Afghan government in the process, and had Taliban fighters and leaders (including the new Taliban President of Afghanistan) out of prison. (And let's not forget that Trump wanted to invite the Taliban to Camp David for the 9/11 anniversary.) Biden is at fault for carrying through with Trump's surrender plans but Trump was the one who set it into motion.

I wasn't aware that Presidents of the United States set gas prices. Missed that day in Economics.