I was so glad to read that the Justice Department has taken aim at the political fundraising "matching" scam.  Unfortunately the story has been underreported.  Mother Jones (not my favorite publication) has one of the best summaries of the lawsuit:

In recent years, political campaigns have increasingly begun using a dubious fundraising tactic: promising donors their contributions will be matched by two, three, or even five times. Donald Trump’s campaign—the most prolific user of this ploy—went so far as to pledge to multiply contributions by a factor of 10. These type of fundraising appeals are almost never true, because strict contribution limits make donor-matching nearly impossible. 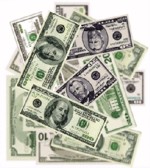 Nevertheless, political candidates and committees have so far gotten away with these false claims, though that may not be the case for much longer. In a court filing Monday, federal prosecutors highlighted the donor-matching gambit as deceptive and called out the language that the Trump campaign often employed.

Prosecutors weren’t taking aim at the Trump campaign but rather a Nevada man who ran a scam PAC that bilked small donors with false promises to support various political causes—mostly Trump-related—and who fraudulently obtained PPP relief funds. But, as the feds note, the fraudster lifted almost all of his fundraising material (including the source code for the PAC’s website) from the Trump campaign.

As any nonprofit fundraiser can tell you, the promise of “matching funds” is a highly effective way to boost donations. And, coming from your favorite public radio station or charity, it’s usually a legitimate promise—the nonprofit has a matching donor at the ready. In the political world, there is almost never a matching donor—that’s because campaign finance limits prevent benefactors from giving anywhere near the kind of money needed to match. A nonprofit, which is not confined by contribution limits, only needs one big-spending donor to cover its matches. But in politics, the most a single donor can give to a candidate during a given election cycle is $5,800. Effectively matching all the donations that might pour in from a small-donor fundraising campaign like those mounted by the Trump campaign would require having numerous max donors standing by. The logistics are just too impractical.

It should be noted that it is not just Republican candidates doing the matching scam.  For example, Amy McGrath, who ran against Senate Majority Leader Mitch McConnell, promised a 500% match in her fundraising appeals.

The article points out that nonprofits cannot lie and deceive to raise money, but political fundraisers have considerably more leeway in what they can say due to protections the First Amendment provides to political speech. True, but the "matching" claim is just downright fraud and the First Amendment does not protect fraudulent tactics to solicit money, even for political campaigns.

https://www.powerlineblog.com/archives/2021/07/what-the-hell-happened-to-bill-kristol.php In case anyone who still reads this blog would care to undress Bill Kristol....of duh Bulwark. A bit surprised that Paul would fall for lightweights. The Crisis of the Two Constitutions is well worth reading. So would be The Stakes, by Michael Anton. The latter's The Flight 93 Election was very convincing to literate people. The hit piece Paul referenced strangely enough did not tar Christopher Caldwell's books. His The Age of Entitlement is well worth the read and ties in well with the Crisis of the Two Constitutions. People who have a mind and don't mind using it would do well to subscribe to The Claremont Review of Books. While it is a quarterly, the price is reasonable, the archive is priceless, and you will , in time, await its arrival in the mail and then set aside your other reading until you have grappled with superior minds.

As if this is the only way that lawyers can conceive of voter fraud? Dopes? "On Monday, a Michigan judge ripped the Trump lawyers on their phony assertions of election fraud during a six hour hearing. The judge asked the nine lawyers who took part in bringing the lawsuit if they had ever followed up to learn if any of their so-called witnesses actually saw a vote being changed. Not a single attorney answered "yes."

https://pjmedia.com/news-and-politics/stacey-lennox/2021/07/19/new-report-shows-presidential-polls-in-2020-were-the-least-accurate-in-40-years-n1462886 Which means, of course, that Paul was wetter than water, all wet. Of course, all his running dogs who sucked down the errors really don't want a retraction....they prefer to be ignorant.

What does any of this have to do with the matching fundraising scam, Leon? You do agree don't you that it's wrong to LIE to people to get them to part with their money? You do know there is no actual matching going on, right?

Bill Kristol is a n intellectual "lightweight" and Donald Trump is a deep thinker. Yeah, sure, nobody with a brain thinks that.

You do realize Trump lost, right Leon? The polls weren't wrong about that.