Cleveland Indians Baseball Team Announces It is Dropping its Nickname

Cleveland Indians major league baseball team, which was established in 1901 as one of the founding members of the American League, announced yesterday that it would be choosing a new nickname following the 2021 season.

Although the team had several nicknames between 1901 and 1914, in 1915 the Cleveland franchise settled on "Indians," hoping the name would bring it some of the same success the Boston Braves were having at the time in the National League. 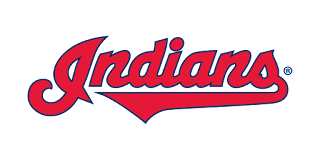 In conjunction with the decision, the Cleveland Indians released the following statement:

The Cleveland Indians today announced our decision to begin the process of changing from our team name "Indians." Since July, we have conducted an extensive process to learn how our team name affected different constituencies and whether it aligned with our organizational values. As a result of that process, we have decided to move forward with changing the current team name and determining a new, non-Native American based name for the franchise. We believe our organization is at its best when we can unify our community and bring people together - and believe a new name will allow us to do this more fully.

Team Owner and Chairman Paul Dolan said, "Hearing firsthand the stories and experiences of Native American people, we gained a deep understanding of how tribal communities feel about the team name and the detrimental effects it has on them.  We also spoke to local civic leaders who represent diverse populations in our city and who highlighted the negative impact our team name has had on our broader population and on under-represented groups across our community.  I am truly grateful for their engagement and input, which I found enlightening and insightful.  When a sports team is aligned with its community, it unlocks the ability to unite people from different backgrounds and bring people together in support of their home team. While Indians will always be a part of our history, it is time to move forward and work to unify our stakeholders and fans through a new name.

I can understand how the "Redskins" name is considered offensive. I too can see why the Cleveland Indians got rid of its Chief Wahoo mascot years ago.  Chief Wahoo was a derisive nickname given to generic Indians and the smiling appearance of the mascot was more mockery than flattery.

But simply because a sports team is named after Native Americans doesn't make it derogatory.  If anything, it can be viewed as laudatory. Team owners generally don't choose a nickname for the purpose of insulting the home team.

Of course, post Cleveland Indians, we still have the Atlanta Braves baseball team and the Kansas City Chiefs football team.

I live in Indiana which means "Indian land."  I live more particularly in Indianapolis, which combines "Indian land" with the Greek word for "city," i.e. Indianapolis means Indian City.  Are we now going to require the renaming of the Hoosier state and its capital city?

Indiana is hardly alone.  There are 25 other states whose names have a Native American origin.  Should we rename them too?

Sure. Why not remove all the names of the states. We'll just become "Federal Administrative District Number 19"

Then remove any offensive numbers.