Despite Autocratic-Wannabe Trump's Election Loss, the America Experiment Remains Hanging by the Thread

The 2020 election was never about the issues.  It was about whether we wanted the American Experiment, a government founded 244 years ago on our shared democratic values, a government which embraces freedom of the individual, to survive.  In one term in office, Donald Trump had proven himself to be utterly antithetical to the values of the Republic founded 244 years ago.  He openly admires the powers of dictators and regularly exercised autocratic, extra-constitutional authority as President.  Trump, regularly bypasses Congress in virtually everything he does, executing executive orders instead of working to pass legislation.  If Congress attempts to exercise oversight authority, his administration just ignores the subpoenas.  If his appointed cronies are so unqualified, so unfit they are not able to get confirmed even by a Republican Senate, Trump simply installs them in office anyway, simply adding "acting" to their titles.
Trump has been equally dismissive of federalism as a limit on his power.   He has ignored the emoluments clause as a protection against executive conflicts of interest.  Trump even takes the position that Americans should have their freedom of speech, particularly the freedom to criticize public figures like him, sharply curtailed.   As President, Trump acts as if he was above the law and accountable to no one.   Government officials who dare report what they believed to be Trump administration misconduct, are savagely attacked by Trump and usually fired.  Many Trump supporters regularly follow up Trump's tweets with personal attacks and occasional physical threats against those who dare blow the whistle.  Meanwhile, Republican elected officials who try to hold Trump accountable are savagely attacked by Trump, and their political careers threatened, if not destroyed. 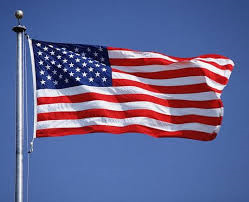 Trump lost the 2020 election. But we are far from out of the woods when it comes to the survival of the Republic.  Nearly one half of the country was willing to give Trump another term, four more years during which Trump no doubt would have turned his autocratic fantasies into reality, using his authority to enrich himself and punish his enemies.
But even though he lost, Trump is claiming Biden and the Democrats rigged the vote.  Although now two weeks later, Trump's lawyers have not put forth any persuasive evidence to support this claim, some 70% of Trump's supporters nevertheless believe the Democrats stole the election from him.  Meanwhile Trump refuses to cooperate with the transition, even though the delay puts America's national security at risk and could cost the lives of tens of thousands of Americans who might contract Covid-19 in the meantime.  Trump does not care about those Americans or America.  Never did.
You would think that Trump's loss would cause Republicans to develop a backbone.  Not so.  Emily Murphy, administrator of the General Services Agency, is refusing to process the paperwork to allow the Biden transition to move forward.  Newly-elected South Carolina Senator Lindsey Graham is willing to risk a felony by contacting swing state election administers trying to get them to throw out legally cast mail-in ballots.  Yesterday, we had two Wayne County (Detroit) Republican administrators refuse to certify election results in that heavily-Democratic county, a decision which could have invalidated Michigan's electoral votes, leaving it to the Michigan legislature to appoint the electors instead. Those local Republicans quickly changed their minds and certified the results.
The one thing Donald Trump has taught us is that American democratic institutions are much more fragile than we ever realized.   So much is based on the honor system.  Well, the honor system does not work when America elects leaders who have no honor, people who have  no commitment to America's values.  Might be time to put those protections, which depend on the honor of America's elected officials, into writing.
OOP's short takes:
Posted by Paul K. Ogden at 3:17 PM

I think Evan McMullen is the one who said what you quoted about the two parties today. At this rate both parties may have to collapse and be rebuilt from scratch.