As Appellate Court Blocks Enforcement of its Subpoenas, Congress Needs to Dust Off Inherent Contempt Powers

The story yesterday did not get enough attention, especially considering the blow it dealt to Congressional oversight.  Politico reports:

A divided federal appeals court panel dealt a severe blow to the U.S. House of Representatives’ investigative power Monday, ruling that the House can’t go to court to enforce subpoenas because there is no statute giving that chamber the authority to do so. 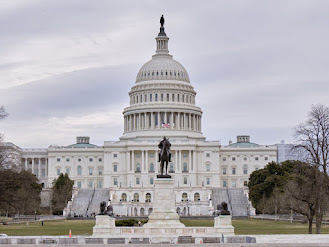 voided a subpoena the House issued last year to Donald McGahn demanding the former White House counsel testify about his dealings with President Donald Trump related to the investigation into alleged ties between the Trump campaign and Russia.

If the decision stands, it could cripple the House’s ability to demand information from sources unwilling to give it up readily. That would upend decades of congressional oversight and investigations and could snuff out several legal fights pending in Washington over House subpoenas, including one involving Trump’s financial records and another involving a demand for records about the administration’s effort to add a citizenship question to the 2020 census.

The panel majority said Congress is free to pass a law making House subpoenas enforceable, but the courts can’t create a legal mechanism to mandate compliance in the meantime. The House is likely to ask the full bench of the appeals court to take up the question.

“This decision does not preclude Congress (or one of its chambers) from ever enforcing a subpoena in federal court; it simply precludes it from doing so without first enacting a statute authorizing such a suit,” Judge Thomas Griffith wrote in a nine-page opinion joined by Judge Karen Henderson.

While the majority noted that, unlike as to the House such a statute had been passed to allow the Senate to go to judicially enforce its subpoenas, even that law had a gaping hole to it.  As the opinion notes, there is an exception to that statute when there is an assertion of "governmental privilege."   A President could simply claim "executive privilege" as to the subject of the subpoena and no civil enforcement would be possible.

With civil enforcement of a subpoena against executive officials out the window, that leads two other options.  First, Congress could ask the Department of Justice to file "contempt of congress" charges to enforce subpoenas against executive officials, including the President.  That's not likely to happen since the Department of Justice, is part of the executive branch, and the head of DOJ, the Attorney General  is appointed by the President.  DOJ has already indicated it would not take part on criminally enforcing executive branch subpoenas.

Second, Congress could dust off "inherent contempt" and enforce its subpoenas against executive branch through incarceration and fines.  Courts have recognized that Congress does not have to go to court to enforce its subpoenas, which often takes months.   Congress can actually jail officials who receive subpoenas and fail to comply.  It was last used in 1934, when the Senate sentenced William P. MacCracken, Jr., a lawyer and former Assistance Secretary of Commerce of Aeronautics, to 10 days in jail when he was found to have allowed subpoenaed documents to be destroyed.  MacCracken filed a petition of habeas corpus in federal courts to overturn his arrest, but the U.S. Supreme Court ruled that Congress had acted constitutionally and denied the petition.

I am all in favor of the Senate and House convicting executive officials for contempt and jailing them when they refuse to comply with subpoenas.  But I realize Congress jailing high level executive officials though might not be politically practical.

There is another option though.  If Congress has the power to jail executive officials for not complying with subpoenas, Congress almost most certainly can fine those individuals.  While the legality of a fine pursuant to Congress' inherent contempt powers has never been litigated, there is a principal in law if you can do something greater, like put someone in jail, you can do a lesser thing, such as fine the person in lieu of imprisonment.  A 2019 Lawfare article discusses the several options for enforcing such a fine, including garnishing the salary of an executive official who ignores a subpoena.

Congress enforcing its executive branch subpoenas civilly through the federal courts never worked well and during the Trump Presidency has become a bad joke.  The time is long past for Congress to reassert its authority vis-a-vis the Executive Branch.  A good step to doing this is to dust off inherent contempt.