An extraordinarily high number of ballots — more than 550,000 — have been rejected in this year's presidential primaries, according to a new analysis by NPR.

That's far more than the 318,728 ballots rejected in the 2016 general election and has raised alarms about what might happen in November when tens of millions of more voters are expected to cast their ballots by mail, many for the first time. 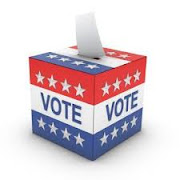 Even with limited data, the implications are considerable. NPR found that tens of thousands of ballots have been rejected in key battleground states, where the outcome in November — for the presidency, Congress and other elected positions — could be determined by a relatively small number of votes.

The numbers are also significant because of large partisan differences in how Americans plan to vote this fall. Democrats have expressed more interest than Republicans in voting by mail — 47% to 28% in the Democracy Fund/UCLA survey. Forty-eight percent of those who intend to vote for Joe Biden say they will use mail-in ballots, compared with 23% of Trump supporters.