President Trump's Inability to Lead is Costing Americans Their Lives

Of course, Donald Trump is not responsible for the outbreak of the Covid-19.  But he is responsible for not having this country prepared for the virus hitting American shores.  President Trump was warned by medical experts about the likelihood of  the pandemic months ago..  Trump could have had Coronavirus test kits ready to go or accepted those from the World Health Organization.  He could have directed that the country greatly increase production of PPE (personal protective equipment), such as masks and gowns that are desperately needed by health care professionals.  Likewise, Trump could have pushed for increased production of much-needed respirators and taken steps to use the military to help hospitals increase their capacity.  He could have urged governors to order their residents to stay in 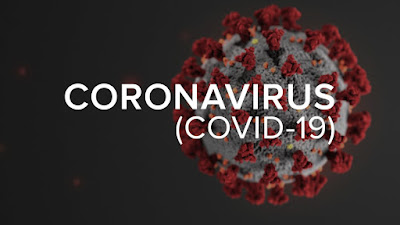 earlier, which would have lessened the spread of the virus.

President Donald Trump did none of that. As a result, Americans are now unnecessarily getting sick and dying.  In fact, the United States is well on the way to leading the world in Covid-19 cases and deaths.

Trump does not like receiving bad news.  His aides know that which is why they only try to give him positive news.   Any bad news that gets to Trump is labeled by the President as "fake news" or a "hoax."  Trump then pivots to something more favorable, even if he has to make it up.  And he makes a lot of stuff up.

Donald Trump has no credibility with the vast majority of the American public because he has been lying to them every day for the three plus years of his presidency.  Now, he needs the public to believe him and no one but those in the Trump cult believes a word he says.

Now that Trump has dropped the ball in leading the country dealing with a pandemic, the President has decided to ignore that and focus instead on getting the economy going, even if it will cost lives.  He appears to be on the verge of ordering people back to work, despite concerns about Covid-19.  Someone probably should tell Trump though he does not have the power to override state governors who have ordered the shutdowns in their particular states.

As far as the economy goes, the federal government will no doubt be pouring trillions into the American economy to keep the coming recession from sliding into a depression.  Running up debt and lowering interest rates in a time like this is understandable and necessary.  But it also highlights why we should not have been running trillion dollar deficits and lowering interest rates during a period of economic prosperity.  Those are options that should have been saved for when the inevitable downturn came, which would have come even without the pandemic.  Instead my Republican Party chose to cut corporate taxes during, a period of full employment, and run up huge deficits.

My Republican friends always ask me why I did not vote for Donald Trump for President since my conservative views more closely resemble those Trump (who was a lifelong liberal until 2015) was professing to support during the campaign.  (I wrote in "Ronald Reagan," for the record)    I sure did not agree with Hillary Clinton's views on pretty much anything..  But unlike Trump, Candidate Hillary Clinton was actually qualified to be President.  In Trump, you had a candidate who clearly lacked the intelligence, the temperament, and the judgment to be President of the United States.

Unfortunately, nominating, and ultimately electing, a person who is completely unfit to be President, someone who is unable to lead the country in a time of crisis, was not just a bad decision by voters.  It was a vote that now will cost many Americans their lives.
Posted by Paul K. Ogden at 4:33 PM

The Planter's Peanut folks are coming for you. They need nuts.

Despite your statement Trump has no credibility, his poll numbers have risen.

There's never been a crisis in which a President's popularity has not risen. In fact it usually rises by much, much more than Trump's has. It's called the "rally around the flag" effect" and it is almost always temporary. Bush had one with 9/11 when his popularity got up to 90%. Trump's numbers have already started falling again. And when the bodies start stacking up and people's lives get personally touched by the pandemic, it will fall even more. Trump is not in a good position. His one calling card has been economic performance (though I would emphasize Presidents don't run the American economy) and that's gone. Now he totally screwed up the response to the pandemic, which will be coming out even more than it has.