At the 2016 Indiana GOP Convention, I voted against Curtis Hill nomination for Attorney General's race on all three ballots.  I remember the reason why:  1) Hill's position we need to aggressively prosecute people for marijuana possession; 2) Hill's use of his office to target a journalist who dared to report on the conditions at the Elkhart County jail; 3) Hill's ridiculous prosecution of the teenage burglars for "felony murder" when one of them ended up shot and killed by a homeowner.  He litigated it all the way to the Indiana Supreme Court which told him the obvious - that the felony 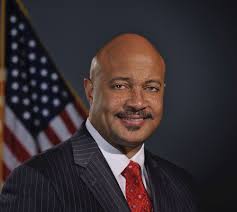 I am definitely no fan of Indiana Attorney General Curtis Hill.

Still Hill's prosecution of his alleged groping of women in a bar raises troubling questions.  Would an attorney in private practice be subject to discipline for such boorish behavior?  I say "boorish" because Hill's alleged behavior was not found to warrant criminal charges.  Hill also could have been impeached and removed by the General Assembly.  The leadership of the Indiana legislature though apparently did not believe Hill's conduct warranted impeachment.

Instead, Hill's effective removal is being attempted through the attorney disciplinary process.  Hill needs a license to practice law and if that license is suspended, Hill cannot serve as Attorney General.  Then you have the issue of his being eligible to being run for re-election.

The Disciplinary Commission's recommendation to the Hearing Officer, former Indiana Supreme Court Justice Myra Selby that Hill be suspended from the practice of law for two years was excessive to say the least.  Unfortunately there is a tendency of the Commission's leadership to take anything but complete acceptance of the rightness of the Commission's charges personally.  Attorneys who dare challenge Commission charges too often end up getting hit with excessive punishment recommendation. That is a fact I know all too well when the Commission recommended that yours truly be suspended for a year when I wrote a private email to another attorney criticizing a judge, an email in which I got a couple minor facts wrong regarding what happened in the case before I entered my appearance.

Selby soundly rejected the Disciplinary Commission's recommendation, and instead determined that Hill should be suspended for two months, without automatic reinstatement.  Still should Hill face even that discipline?


A prominent supporter of Indiana’s attorney general is arguing that a proposed suspension of his law license over allegations of drunkenly groping four women is excessive and that even the proposed punishment wouldn’t force him from office.It remained unclear Monday whether Republican Attorney General Curtis Hill could remain in as the state government’s top lawyer if the Indiana Supreme Court agreed with a hearing officer’s recommendation released Friday that his law license be suspended for at least 60 days.

Hill has denied wrongdoing and rebuffed calls from Gov. Eric Holcomb and other GOP state officials for his resignation for his actions during the March 2018 party at an Indianapolis bar marking the end of that year’s legislative session.

Former state Supreme Court Justice Myra Selby wrote in her report to the court that Hill’s “conduct was offensive, invasive, damaging and embarrassing” to the women. She recommended a 60-day suspension of his law license without automatic reinstatement under which the sanction could continue indefinitely until lifted by the state Supreme Court, which will make the final decision in the professional misconduct case.

James Bopp, a Terre Haute attorney who is a former vice chairman of the Republican National Committee, objected to Selby’s findings that Hill should be held to a higher standard of conduct because of his status as the state’s top law enforcement officer.“He should not be treated more harshly because he is a public official, that’s the job of the voters,” said Bopp, who helped start a legal defense fund for Hill in 2018. “When people do things in office, they’re judged by the voters.”

Bopp is 100% correct.   Barring a criminal charges or misconduct relating to the office, the attorney disciplinary process should not be used as a way to overturn the results of an election or prevent attorney office holders from running for re-election. While Selby's determination that a two months suspension is warranted is far more reasonable than the position taken by the Disciplinary Commission, it still constitutes substantial discipline for conduct removed from Hill's actual duties as the elected attorney for the State of Indiana.

It is a very slippery road when attorney disciplinary bodies start disciplining lawyers for non-criminal conduct unrelated to their jobs.  Where is the line?   That's not to say the conduct Hill is accused of is perfectly acceptable. It just means that it might not be something that should be dealt with by the attorney disciplinary process.   The Indiana Supreme Court should use the case to create some bright lines on what conduct is an appropriate subject for attorney discipline.
Posted by Paul K. Ogden at 12:51 PM

https://amgreatness.com/2020/02/18/how-the-ruling-class-might-elect-bloomberg-and-realign-american-politics/ While I agree with you on this matter and recognize your experience with the system counts there is more. In my view this is your Republicans wallowing in crap, trying to do another Charlie White. It stinks. But, those are the Republicans with which you align? Girlie men? Hill performance is similar to Trump performance though I was unaware that prosecutors actually managed their own jails....I had heard he blew a lot of money on facilities and, as you know, preferred Cruz....at least until he hopped into the sack with Kaschich.

Leon, you're correct. I had Sheriff on the brain when I was writing about prosecutors. Still the Sheriff and Prosecutors work closely together. Making a correction.

Yes, what they did to Charlie White was awful...actually even worse than what they're doing to Hill.

My only hope is that this takes down old Eric Holcomb as well! The parallels between this and Charlie Whites case are troubling. Big difference is that Charlie White is innocent, unlike Hill. Still, Hill should have to go through due process first not thrown out because he is dirty laundry in the eyes of Holcomb.

If you or any of your readers are curious here is what we have written on Hill: https://unboughtandunbossedrepublican.blogspot.com/search/label/Curtis%20Hill?m=0

Paul, just because one special prosecutor decided Hill's actions did not warrant criminal charges does not mean the actions were not criminal. As you know, the standard of proof is higher in a criminal case than in a disciplinary case. As I read Justice Selby's recommendation, the penalty was based on the state's top law enforcement officer committing criminal acts. This is not the same as basing the penalty on non-criminal acts done outside his professional activities.