Hopefully the Tabulation Snafu Spells the End of the Iowa Caucus

I was at my computer last night, eagerly awaiting the results of the Iowa caucus to start trickling in.  Nearly 24 hours later, I'm still waiting.

From the reactions of the candidates, Mayor Pete might have won.  Or, maybe, Bernie Sanders did.  Warren probably finished third. Biden, who seemed the most displeased with the delay and raised the issue of election integrity, probably slipped to fourth if not fifth.

But who knows what happened?  By 5 pm, eastern time, Iowa Democratic officials are supposed to 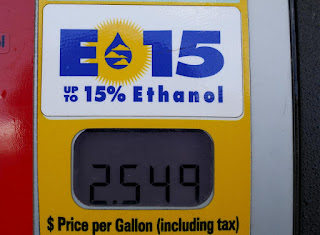 I frankly don't know how you mess up the count on a caucus.  Tabulating the votes in a primary involves much more moving parts and is much more complicated than a caucus.  With a caucus, people are declaring their preferences publicly and standing in a group with a group of people who support that candidate.  The precinct captain then counts the number of supporters each candidate has then reports that total.  So simple.

Apparently, the Iowa Democratic Party tried to use an app for the tabulation that had bugs.  That's why they should have had a backup plan. And there should have been a second backup plan if the first one didn't work.  That is why you always have test run of the equipment.

It appears the tabulation snafu has people so angry, the institution of Iowa caucus, founded in 1972, might be in danger.  Hallelujah!  First, caucuses are stupid.  In an age where privacy is of utmost concern and our politics is incredibly divisive, voters do not want to go to public meetings and declare in front of their neighbors who they support for President.

But I have another reason I want the Iowa Caucuses to end - Ethanol.

When it comes to alternative energy sources, ethanol is far and away the worst.  It takes more energy to produce a gallon of ethanol than the energy that gallon of ethanol provides for consumers.  Blending ethanol with gasoline significantly reduces fuel economy, which results in cars requiring more gas to travel the same distance. Not only is ethanol bad for the environment, putting corn into our gas tanks drives up grocery prices.  Not only do humans consume corn, the farm animals we consume do as well.  There is only so much corn that farmers can grow.  When demand for corn is high due to the use of ethanol, the prices for corn, beef, pork and chicken all go up.

Environmental activists long ago figured out the flaws in ethanol and stopped advocating for its use.  So, if environmentalists aren't pushing for ethanol, it reduces mileage, and it raises prices for consumers, why is ethanol still being pushed.

In particular, the farmers from Iowa, the biggest ethanol producing state in the country.  Iowa farmers make a lot of money off ethanol.  So what is the tool by which those Iowa farmers ensure that powerful politicians protect the ethanol industry?  The Iowa presidential caucus held every four years.  For presidential candidates to do well in the all important first electoral contest, they must promise to support ethanol.

If the wait for vote totals in Iowa spells the end of the Iowa Caucus and ethanol, the wait will be worth it.
Posted by Paul K. Ogden at 4:58 PM

Our take on Iowa is that this helps Buttigieg Bigly. Some of my Trump supporter friends think that Buttigieg has “no chance in hell” of beating Trump. Funny thing is, i just canvassed hell and the words is from down there Former Mayor Pete does have a shot at beating Trump. Interestingly Bernie Sanders was on TV this morning saying that both he and Trump are socialists. Here’s the link for that: https://thehill.com/homenews/sunday-talk-shows/482214-sanders-obviously-i-am-not-a-communist-but-maybe-trump-doesnt-know.

According to the Daily Caller website a poll done in November shows almost 20% of republicans would back a socialist for president. Link here: https://dailycaller.com/2019/11/28/poll-young-americans-republicans-socialism/ Not surprising considering that the de facto head of our Grand Old Party is a socialist republican. You are right Paul we Republicans have not yet paid the full price for the Party of Reagan’s surrender to the RINO Trump. Its going to be a long hard fight to reclaim the mantle of limited government, individual freedom and free markets. But as Thomas Paine said: “Hell like tyranny is not easily conquered. But the greater the struggle, the greater the triumph.”

Keep up the good work Paul!