Indy Welcomes All, Indy Pride...Not So Much

I've been watching with amusement the interactions between Indianapolis Republican Mayoral Candidate Jim Merritt and the folks at Indy Pride.  This is how Indy Pride, Inc. describes itself on its website:


Indy Pride, Inc. produces events which educate, honor our history, and celebrate the diversity of the Indianapolis Lesbian, Gay, Bisexual, Transgender, and Queer community. We exist to unite and serve our members and the LGBTQ+ community of Central Indiana through leadership development, educational programs, and community events which achieve inclusivity, equality, strong community connections, and awareness of LGBTQ+ issues. 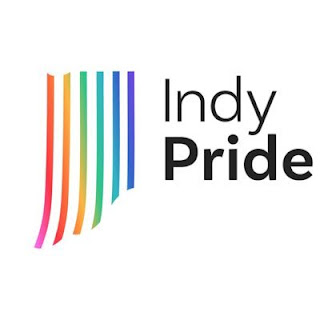 Freedom Restoration Act,  Many organizations responded with horror.  RFRA would allow discrimination against LGBTQ individuals, we were, wrongly, told.  Locally, groups like Indy Pride pushed the city's businesses to adopt the slogan "Indy Welcomes All."

Indy Pride sponsors an annual parade in Indianapolis which is set to take place this Saturday.

When Senator Merritt announced he would walk in the Indy Pride parade this weekend in support of LGBTQ rights (as a private citizen rather than a mayoral candidate, not sure there's a huge difference with that), Indy Pride Executive Director Chris Handberg responded that Merritt was "not welcome" at the event.  I kid you not...he actually used tho

Of course, the slogan always had a phony ring.  You are "welcome" if you share a particular position on LGTBQ issues.  If you don't, or God forbid, you dare to practice a religious faith that doesn't reflect the politically correct positions on LGTBQ issues, you are NOT welcome.  If there was any doubt about the hypocrisy of Indy Pride teach tolerance while practicing intolerance, Handberg's actions, which were spurred by complaints from those in and allied with his organization, proved that beyond doubt.

Breaking news is that Senator Merritt today issued a new press release announcing he won't be walking in the parade after all.  In the lengthy statement, Senator Merritt continued his attempt to pander to the LGBTQ community by throwing conservatives and those who believe in religious freedom under the bus.  In the release, Merritt said he didn't know at the time of his vote for RFRA that it could be used to discriminate against the LGBTQ community and cited his later vote for the RFRA "fix" (which didn't actually do anything from a legal standpoint by the way.)

Over 30 states, by statute or judicial decision, have RFRA. Having read every federal and state judicial decision that mentioned those RFRAs, I can't find a single one where the religious freedom law was used to allow a business owner to discriminate on the basis of sexual orientation.

Although not an attorney, Merritt has to know that his newly learned information RFRA can be used to discriminate based on sexual orientation is as bogus as a three dollar bill.  Indy Pride can legitimately complain about Merritt's position on LGBTQ rights, but its the lack of support for a civil rights law which includes sexual orientation they should be complaining about, not his support for RFRA.

If the folks at Indy Pride were smart and honestly believed the "Indy Welcomes All" slogan they promoted since the RFRA debate, Indy Pride would have welcomed Senator Merritt and used it as a opportunity to educate him about LGTBQ issues.  But Indy Pride needs to stop misrepresenting what RFRA did.  Indy Pride's complaint is about the lack of a civil rights law protecting sexual orientation..  The organization needs to stop distracting from that agenda with unwarranted attacks on religious freedom.
Posted by Paul K. Ogden at 6:46 PM

Jim Merritt is a David Brooks-like establishment IN GOP political hack. The man is a political joke on Hoosiers. But then again, just about all eGOP Marion County/State GOP are just as much.
Merritt is low energy, low IQ, low pro-citizen. He is, however, totally all in for the corrupt Hoosier GOP run by the most corrupt attorneys the planet has ever seen.
That includes the soon to be former GOP 5th Congressional madam who is most likely being brought back to IN by David to run for some other high level office.
And let's see how many tools David can get to run to dilute the vote to get the Fort Wayne gal elected- or appointed- to whatever position the foul mouthed DB has in mind. Dave McIntyre knows exactly what I mean.