Republicans Making the Mid-Term Election About Impeachment May Backfire 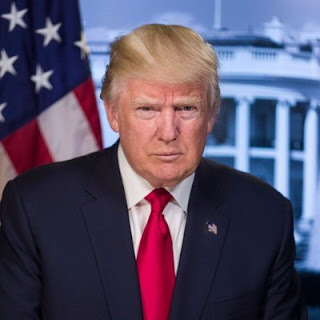 The theory is that by pushing impeachment, the Democrats would overplay their hand, causing a backlash among the voters.  As a result, the GOP could avoid what appears to be a blue wave.   While the GOP was eagerly luring the Democrats to take the impeachment bait, most strategically-oriented Democrats avoided the subject.

That was up until Tuesday when the guilty plea by former Trump "fixer" Michael Cohen identified (albeit not by name) President Trump as an unindicted co-conspirator in violating felony campaign finance laws by arranging hush payments to two women Trump wanted silenced before the election.  The payments, arguably, had the effect of defrauding voters in the historic close election. The facts outlined in the guilty plea certainly raise the possibility that Trump committed high crimes and misdemeanors, the standard for impeachment.

Then you have the continuing Mueller investigation which is clearly closing in on the President, both on the obstruction and, quite likely, the conspiracy front as well.  Of course, the President and his defenders keep screaming that there is "no evidence of collusion!"  That assertion is pure nonsense. The President and his "attorney" Rudy Giuliani both admitted that the Trump Tower meeting was an effort to get dirt on Hillary Clinton.  The premise of the meeting outlined in an email to Donald Trump, Jr. was that the damaging information was being provided was all part of the effort of the Russian government to aid the Trump campaign.  Trump campaign officials were clearly more than willing to work with an enemy of the United States to win an American election.   The Trump Tower meeting was, at the very least, an attempt to collude.  One can argue that those efforts did not rise to the level of a criminal conspiracy (which is the actual crime, not collusion) or the President was not aware of what his son and other campaign officials were doing (he almost certainly was), but it is nonsensical to say there is no evidence of collusion.

So, as I predicted months ago, the issue of whether Trump should be impeached is likely to be a front and center issue in the mid-term elections.  Republicans would be wise though to not celebrate such a development.  First, polls show that nearly half the country support Trump's impeachment, and that was long before Tuesday's legal developments.  (For example see this Public Policy Polling poll.)  The notion the public would be outraged by Trump's removal from office through impeachment is not well-founded.

Second, if Republicans make the mid-terms about impeachment, and the Democrats win bigly, seizing control of the House in the process, then Democrats will have little choice but to impeach Trump in 2019.  This is especially true if he long-anticipated Mueller report lays out additional grounds for concluding that Trump committed "high crimes and misdemeanors."

Trump's safety net is the U.S. Senate.  Even if a Democratic majority House impeaches Trump it takes 2/3 of the Senate to remove a President from office..  Considering the number of Democratic Senators residing in red states who are up for election in this cycle, it is virtually impossible for the Democrats to do little more than break even. With 51 current Republican Senators, after the election there will still need to be at least 17 Senate Republicans crossing over  to vote with the Democrats to remove the Republican Donald Trump from office.

Many observers say that is an impossibility.  I don't agree.  First, unlike in the House, the Senate contains a number of Republican Senators who have long been critical of Trump.  Let's say that the Mueller report outlines facts that demonstrate that Trump (besides election finance violation), has conspired with a foreign power hostile to the United States to win the 2016 election and then obstructed the investigation aimed at finding out what happened.  Consider too the possibility of a mid-term election in which the GOP is slaughtered at the polls, losing the majority and suburban seats once solidly Republican.

At that point, the President will no longer be an asset and many Republican Senators may decide to rid the party of the albatross that is Donald Trump, choosing to instead try their luck with President Pence in 2020.  Pence, stained by the Trump legacy, Pence will likely lose, but at least the losses down the ballot will less than they would be with a damaged Donald Trump at the top of the ticket.
Posted by Paul K. Ogden at 12:19 PM