A few days late, but here are my predictions for 2018:

1.  Stock Market:  The stock market will end 2018 lower than it began in 2017.  Even though the drop is actually the result of a long overdue market correction, Democrats will seize on the declineas proof the GOP tax cut in December of 2017 failed. 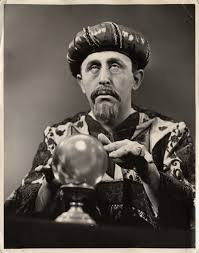 2.  Unemployment and Economic Growth:  Having reached "full employment" in 2017, the unemployment rate will begin to rise again in 2018.  Meanwhile, the increase in GDP will stall before the end of the year, opening the possibility of the country going into recession in 2019.   While both economic factors will be more the result of the natural cycles of the economy rather than the result of economic policy, Democrats will use the souring economy as political fodder in the 2018 election.

3.  National Politics:  Democrats will win the U.S. House picking up 40+ seats, while reaching a 50-50 split in the U.S. Senate.  The number one issue in the 2018 elections will not be healthcare or taxes.  It will be impeachment.

4.  Indiana Politics:  Sen. Joe Donnelly will easily win re-election. Indiana Republicans will feel the effects of a national Blue Tidal wave as the Democrats narrowly win three statewide offices, Secretary of State, Treasurer and Auditor, while picking up 10 seats in the Indiana House.  Indiana Republicans will lose a congressional seat as well.  The (Indiana) story of the 2018 elections will be highly-educated voters in the northern suburbs of Indianapolis turning sharply against the GOP brand, and the concerns that trend will continue and threaten GOP domination in the state.

5.  Russia:  Mueller's investigation will continue to net several indictments and plea deals in early 2018.  When criminal charges reach the Trump family (think Jared Kushner), the pardons will start flying.  Talk of a constitutional crisis will ensue.  All hell will break loose. Mueller will ultimately be fired by Trump.  Mueller's activities will conclude with a report to Congress that the Trump campaign actively solicited and accepted help from the Russians during the 2018 campaign and that Trump and others attempted to obstruct justice into the investigation of those activities.  The document will also highlight that Trump's company is deeply in debt to Russian lenders and has for years laundered money for Russian oligarchs.  Democrats House members will sound the alarm for impeachment which Republican House members will ignore while continuing to attack the credibility of Mueller, the FBI and the Department of Justice.  The election of 2018 will be a referendum on impeachment.

6.  Supreme Court:  Justice Anthony Kennedy will announce his retirement upon the appointment of his replacement.  In addition, another justice, likely a liberal, will leave the court because of serious health problems or death.  The confirmation of two replacement justices will stall in the Senate.  2018 will end with 8 justices, including a reluctant Kennedy, on the court.

7.  Global Warming:  This month it will be announced that 2017 was one of the warmest years on record.  Americans, suffering through one of the worst cold snaps in years, will shrug their collective shoulders.  Meanwhile, there will be a push-back, with more and more scientists questioning the "consensus"  regarding the amount of anthropocentric global warming taking place and the supposed dangers a warmer climate represents to mankind.

8.  Technology:  A few American cities will follow Europe's lead and begin trying out driver-less buses.  The year will end with driver-less cars being in development by all major auto manufacturers.

Paul, would you kindly elaborate on your prediction of SCOTUS nominees getting stalled in the Senate? With McConnell having nuked the filibuster/60 vote threshold in the Gorsuch confirmation, what do you predict stalls the nominee in a window that could close as of Jan 1, 2019?

It may be that "democrats" having paid for their pack of lies are coming to the conclusion that they should abandon those lies lest the common folk come to the proper conclusion that they will lie about anything. Where does this leave Paul Ogden, long a defender of all of the facts contained? Will he admit to being hoodwinked by FUSION GPS paid for reporters who urininated into his news sources and corrupted his understanding? Or, more likely, finding an odor will he continue to search for the pony?

https://nypost.com/2018/01/04/democrats-dishonest-scramble-to-disown-the-trump-dossier/ In case I missed the posting of this article to go along with Paul's Magnum Opus on golden showers and other fabulous lies he has fallen for....

Even though the Republicans have a majority in the Senate, it's only 51 votes. There are a few pro-choice Republicans (Collins, Murkowski immediately come to mind), who probably will block at voting for a justice who will be the key vote to reverse Roe v. Wade. (Gorsuch was replacing Scalia so there wasn't a change in the vote on the court.) There are a few pro-life Democrats, but I can't see any of them voting for a Trump nominee.