Indiana Taxpayers to Pay Dearly to Save 800 Carrier Jobs, While Company Still Sends 1300 to Mexico

Donald Trump held a rally in Indianapolis today to take a victory lap, a celebration of a deal he and Vice President-Elect and current Indiana Governor Mike Pence reached to keep Carrier from moving its operations from Indianapolis to Mexico.  Trump claims that the deal shows there will be 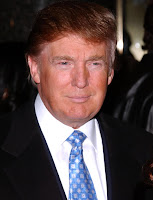 consequences for other companies that try to move operations overseas.  If you redefine "consequences" as large taxpayer handouts, Trump appears to have a point.

The 10 year deal to keep Carrier in Indianapolis will cost Hoosier taxpayers $7 million.  While saving 800 jobs in Indianapolis, Carrier still plans to move 600 of those 1,400 Indianapolis jobs to Mexico.  Add to that another 700 jobs at a separate Huntington, Indiana plant that is relocating to Mexico and Indiana is still losing 1300 Carrier jobs to Mexico at the same time the company is receiving a big pile of taxpayer money.

Although Candidate Trump threatened "the stick" of a special tariff against particular companies that move operations to other countries and then sell goods back to the U.S., the fact is as President he can't legally do that.  So instead President-Elect Trump resorted to good old fashioned bribery.

There is a name for the Trump-Carrier deal.  It is called corporate welfare, i.e. crony capitalism.   Government should ever be in the business of picking winners and losers in a capitalist system. To do so is a distortion of the free market which hurts consumers and ultimately workers.  Further, the Carrier deal tells the CEO of every company that the government will give them money to stay in the United States if they threaten to outsource jobs.  The Carrier deal sets a horrible precedent that will cost American taxpayers dearly in the years to come.  It is not to be celebrated.
Posted by Paul K. Ogden at 8:13 PM

If the average worker makes 45K per year that is over 49 Million dollars back into the economy per year that was going to be leaving.

The 7 Million is a tax break over 10 years, but over that time the employees will make 495 Million in wages and pay 74 million over 10 yrs at 15% tax rate back into the federal coffers.

In business you have to spend money to make money. Texas has been robbing the other states blind with this program.

So, Peter, I won't get into the errors in your inflated math, but let me ask you is it the duty of taxpayers now to subsidize the operations of private business, to pick the winners and losers in the marketplace? If government can get this incredible return on its "investment," then why in the heck aren't banks making the same investment?

So, Paul,let's use the deflated figure of 800. That is still a minimum of 36 mil in salaries. Quite a lot to pump back into the economy. These jobs were lost under a democrats term and saved by someone nor in office yet. I applaud his efforts and think he is just getting started. Anyone with a basic understanding of economics would understand the value of 800 salaries vs 800 unemployed and dependant on the system and a burden to all taxpayers.7mil sounds like a pretty good investment to me.

The $7 million concession also brings $16 million investment. I assume the incentives are tied to this investment. Regardless, this hopefully indicates the jobs will remain for at least a few years.

I understand your criticism and share it somewhat. But if the State derives some benefit, which it certainly does through a portion of taxes and keeping 700 jobs, then isn't that better than nothing?

We have been giving tax incentives for years to get companies to choose Indiana over another state. Not inflated math but you call it what you want, 700 jobs staying for 10 years is wonderful, ask any of those that get to keep one. You Mr. Ogden are obviously not one of them.

There are a few major flaws with your argument that the $7 million is a good investment.

1) It creates a precedent by which companies can demand taxpayer money not to create new jobs, but simply to retain old ones. Like it or not, the Carrier example has been given major national prominence and will be THE precedent companies point to when demanding money. While there are examples of state and local governments also paying for job retention, they are isolated examples which didn't get near the publicity that the Carrier example did.

2) Giving taxpayer money to Carrier is again GOVERNMENT picking winners and losers in the marketplace. Who is going to judge whether a private company is worthy of taxpayer money? Certainly not the marketplace. It will be government, i.e. politicians driven by political motives. Small businesses are the major job creator in this country. Shouldn't they get taxpayer subsidies too?

3) Carrier is still sending 1300 jobs overseas to Mexico. There is absolutely no penalty for doing so...instead we are rewarding the company with $7 million in tax dollars.

4) The $7 million is nothing more than corporate welfare, money taken from working men and women and handed out to a big company, much of which will end up in the pockets of Carrier's execs when bonuses are handed out. I don't know how Trump's pretend populism supports the transfer of wealth from working people to wealthy corporate execs. Certainly that's not what he campaigned on.

I thought true conservatives were against things like the bank bailouts. I guess it's okay when a faux conservative like Trump is handing out taxpayer money.

It sets a bad precedent. It encourages extortion by companies.

And how many jobs were lost under Reagan (a republican)? International Harvester in NE Indiana closed, losing 10,000 jobs. Calculate that one!

Had Obama done this how happy would all these conservatives be?

Interesting that someone would mention IH leaving Fort Wayne. According to the FW History Center, the County and State governments offered $30 million incentive package to keep the Indiana plant and 2,200 job but lost out to a competing bid from Springfield, OH.

This is not new but a continuation of politics as usual by both parties. The Republican party has finally abandoned its mock allegiance to economic freedom.

As part of its deal with President-elect Donald Trump to retain some Indiana jobs, Carrier pledged to invest $16 million dollars in its Indianapolis factory. But that investment will go toward automation, according to Carrier parent company CEO Greg Hayes. In an interview with CNBC, Hayes said investing in machines and robots to replace some jobs people used to do will help make up some – though not all – of what Carrier would have saved by moving operations to Mexico, where labor is cheaper.
“But what that ultimately means is there will be fewer jobs,” he told CNBC’s Jim Cramer."
http://www.wfyi.org/news/articles/carrier-ceo-indy-investment-will-help-automate-factory

This is NOT government picking winners over losers. This is a form of economic development and nothing more. You will no doubt twist the truth to find fault with anything Trump does to improve the lives of Americans. Your not a businessman nor an economist or, based on history a particularly good lawyer. You're just another political hack with a computer and an opinion.