Two times during the past several years, local politicians from both parties argued that Indianapolis should raise its local income tax to hire more police officers.  Duly alarmed by the growing murder rate and convinced of the need for more officers, residents reluctantly supported those tax increases. But as some local bloggers and other critics have argued that those tax increases would not be used to hire more police officers.  Sure enough, that is exactly what happened. In a lengthy investigative report, the Indianapolis Star reports:

Since 2007, the city of Indianapolis has raised income taxes twice in order to hire new police officers. 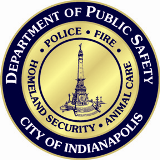 But on Sept. 1, the Indianapolis Metropolitan Police Department had 59 fewer officers than it did before the first tax hike took effect. And yet, the city is spending 33 percent more on police — an estimated $259 million this year, including retiree pensions — than it did in 2007.

Over the years, city officials and City-County Council members have blamed troubles growing the police force on a number of factors: the recession and property tax caps, the rising costs of health care and equipment and challenges associated with attrition. And all have played a role.

IMPD's 1,600 or so officers get paid upwards of 25 percent more today than they did nine years ago.

Nonunion city employee pay went up around 5 percent in the same period; that's essentially a pay cut when you account for 16 percent inflation. Meanwhile, the typical Marion County household — in short, the people paying for the raises — lost even more ground. The median income here dropped 5 percent from 2007 to 2014, according to the latest Census estimates.

When you add it all up — the rising personnel costs, inflation and the city's plummeting revenues — the 2007 tax hike wasn't even enough to pay for the officers the city already had, much less add 100 more. So when the council voted in 2014 to raise taxes again — again, promising the money would hire more officers — some of the $16 million a year it generated for IMPD is still paying the bill for nine years of contractual pay raises that the city hasn't been able to afford.

Meanwhile, murders continue to rise. Indianapolis already has recorded 100 criminal homicides this year, putting it on pace to break 2014's record-setting 144. Nonfatal shootings are up more than 20 percent.

The Star article goes on to look at the two tax increases in particular and looks more specifically how the money has been spent.
Posted by Paul K. Ogden at 12:30 PM

The firm of Reeder, Riggs, Hampton, Clay and Hogsett better get a clue. The PR/marketing approach to battling crime with sound bite threats are not working. Substance/fundamental police work. I have been told it is even worse on the street with respect to beat officers.