According to a just released story from U.S. News and& World Report:


Signaling a potentially boisterous start to the Republican convention, anti-Trump delegates claimed on Monday that they'd collected enough signatures of delegates to force a state-by-state roll call vote on changing party rules, a battle that party leaders hoped to avoid. 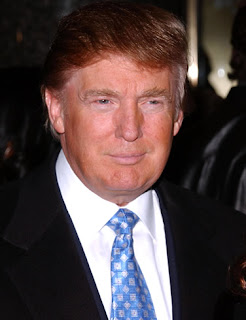 It seemed highly unlikely that the insurgents would prevail. After a brief meeting in the convention arena, members of the rules committee said there will be no amendments to the rules that could deny the Republican nomination to Donald Trump.

A slow-moving roll call of the states still seemed possible, which the rebels seemed likely to lose. But even staging that vote would mean that instead of using the convention's first day to emphasize unity behind Trump, the gathering could underscore the tumultuous relations between Trump and party leaders on one side and social conservatives on the other.

Republican Party leadership and officials from Trump's campaign said Monday they'd held 11th-hour talks with anti-Trump delegates to see if they could avert a messy floor fight, live on television, over the rules. But one official said the negotiations had failed, speaking on condition of anonymity to describe private discussions.

Some socially conservative delegates — many backers of Texas Sen. Ted Cruz's failed presidential bid — have wanted to force the convention to hold a state-by-state roll call on whether to change the party's rules in ways that would take power from GOP leaders. That bid includes an effort to let delegates back any candidate they want.

Party rules say a roll call should be held if a majority of delegates from seven states demand one.

But there are other requirements too — such as delivering proper documents to the secretary of the convention — that must be met to qualify for a roll call. The conservative delegates have said they think party leaders could thwart a roll call by taking steps like making it hard for them to deliver their documents.

After a frantic search on the crowded convention floor for the secretary, Susie Hudson, the rebellious delegates found a GOP official who said he would deliver the petitions.

"Now we take this fight to the floor," Dane Waters, a leader of the Delegates Unbound, said in the email.

First, I should clarify that, contrary to what is indicated in the story, there are no rules yet governing the operation of the 2016 GOP convention until the convention adopts those rules. That is the first order of business at these types of conventions   But the 2016 GOP Convention Rules Committee's report contains the recommendation that delegates be bound and, thus, not allowed to vote their conscience.  Overcoming that recommendation for a floor vote on those rules is quite difficult, especially when technicalities can be used to stop challenges.

It is encouraging though that there are so many of my fellow Republicans who are refusing to back a liberal, unqualified con man as head of the GOP ticket.
Posted by Paul K. Ogden at 4:24 PM

It would probably have been more appropriate to have used a descriptive like racist or Tea Party Republican than liberal. The GOP has walked the walk and talked the talk under the umbrella of the Southern strategy for decades and many in the Party now find themselves as outsiders.

The question is what will the Party do to support a traditional faction who refuse to accept the direction of radical populism. Perhaps changes re-defining primary rules under which candidates are selected would avoid undesirable outcomes but at the expense of alienating an increasingly agitated base.

There never was an early attempt to divorce the Party from those who would eventually take it over. The GOP is in deep water here and another election loss may only offer answers like; the press brought down Trump; or the theocrat should have been at the top of the ticket; or establishment Republicans did not support the nominee; or we just did not have sufficient funds to get our message across.
All said, outside of a true Party split, true conservatism will be lost in a cloud of offensive rhetoric.

Regarding the Southern Strategy, the Republicans have never embraced legal discrimination like the Democrats once did. Southerners were conservatives who supported legal discrimination against blacks. Once you took away the latter, there was really no reason for those Southerners to remain tied to the Democratic Party. Though for decades they did remain tied. It didn't happen overnight that southern states turned Republican. First, those states turned red in presidential elections, then in congressional elections. But it is only within the past two decades that many states of the Old Confederacy began electing Republican statewide elected officials and elected majority Republicans in state legislative chambers.

I think there is something to be said that talk radio and other conservative outlets have perhaps given people a false impression of what can actually be accomplished if you're in the majority. For example, the lack of 60 Senators kills the GOP's chances to pass a great deal of legislation. Yet some on the right refuse to acknowledge that and have turned against the GOP based on unrealistic expectations.

I do believe that true conservativism is going to get loss in the tirade of hate that will be the Trump campaign.

Really? If the Senate adopts stupid rules like 60 then gridlock is easier to manufacture. If they remove that fig leaf then gridlock becomes less easy. The Senate Majority sets the rules. Recall, Clarence Thomas was confirmed on a simple majority vote.

It kind of reminds me of what the Romneyites through Boehner did to Ron Paul in 2012.

I'm out of state and likely assessed as out of touch with reality as well, but here goes.....
I'd rather vote for the candidate who gives us the better shot at preserving free market capitalism, separation of powers, etc. Out of a staggeringly poor choice of two (practically speaking), does the slightly better alternative have flaws? I think we've ascertained that.
Maybe put another way, out of the two that can possibly win, which candidate presents the greater likelihood of putting us in a massive line leading to the nearest border so we can buy toilet paper and cooking oil (per recent WSJ Venezuela photograph)?
I would contend a vote for Hillary or sitting it out is the path to commodity lines. among other things. Your choice.
Do we as collective citizenry deserve this dilemma, for being selfishly preoccupied with our own little lives?- probably. But, that's kind of immaterial now compared to the ramifications of the wrong choice in November.