One thing that has flown under the political radar is the substantial improvement in President Obama's approval numbers over the past several months.  Rasmussen does almost daily polling on the Presid 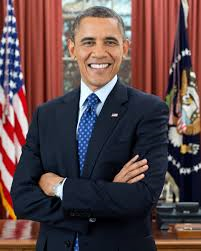 ent's approval rating.  In early December, when there were 17 GOP presidential candidates chomping at the bit to take on the Obama legacy, Rasmussen's polling showed 43% approved of the President's performance in office while 55% disapproved.  As of yesterday, the polling had flipped to 52-46, an 18 point swing.

Why does this matter? Because the 2016 election will be primarily a referendum on President Obama's eight years in office.

Many Republicans will put their heads in the sand, pretending that all polls should be dismissed because on occasion some prove to be inaccurate when it comes to prediction election outcomes.  To summarily dismiss the importance of polling is extremely foolish.  Polling is an inexact science, no doubt, but it is a science nonetheless.  In considering political strategy, Republicans need to be honest with themselves about the political field on which they will play the 2016 election.  If Obama is popular, then the GOP campaign for President has to be about presenting a positive alternative, not just bashing the President and likely Democratic nominee Hillary Clinton.
Posted by Paul K. Ogden at 2:45 PM