Indiana Public Access Counselor: IHSAA Meetings Should Be Open to the Public

Every since I was a high school athlete, long before the beginning of this century, I turned against the Indiana High School Athletic Association.   We baseball players one day decided to get together to practice.  That day we decided on was a Sunday.  Afterwards, I recall the stern warning we received that I we needed to keep quiet about what we did or we players, or the entire team, could be suspended by the IHSAA.  (I hope the statute of limitations has run out but with the IHSAA you're never quite sure.)  From that point on, I witnessed the IHSAA issue one arbitrary decisions after another with seemingly no accountability for the organization's actions.

As an attorney, I have had the opportunity to witness more closely how the IHSAA operates.  It is not pretty.  My original instincts about the IHSAA were absolutely correct.  It is an organization that operates in an arbitrary and capricious manner (which was the finding of a Marion County judge who looked at how the organization handles athletic transfers.)

The IHSAA is utterly callous when it comes to how it deals with thousands of parents and children whose lives are impacted by its decisions.  For example, the organization enforces, in a very random 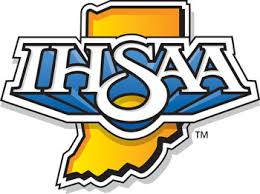 and uneven manner, transfer rules that are hopelessly antiquated in an era of open enrollment, charter schools, and private school vouchers.  But lest any parent dare challenge an IHSAA decision, the organization will aggressively drive up that parents' attorney bill and fight to recover its own fees.

If parents are not adequately intimidated by the IHSAA's overly litigious nature and the prospect of having to pay huge attorney bills, the organization has another weapon in its arsenal.  If a school, pursuant to a court order, plays a student that the IHSAA originally found ineligible, that school faces forfeiture of games if a higher court later restores the original IHSAA decision.  To reiterate, even though a school follows a court order in playing the student, the IHSAA can still sanction it with forfeited games.  The practical effect is that few schools will want to play a student until the legal proceedings and appeals are completely exhausted, which almost certainly will be after the student graduates.

Over the years, the Indiana General Assembly has considered bills to reign in the IHSAA.  Very little has been done, however.  While the legislature did establish a Case Review Panel in the Indiana Department of Education that is supposed to give parents a more favorable forum to consider IHSAA transfer decisions before going to court, all that does is add another level of litigation for financially strapped parents facing the deep pockets of the IHSAA.

The transfer rules are just one set of rules that are poorly written, hopelessly outdated and randomly enforced by the IHSAA.  There are others. But at the core of the (lack of) accountability problem with the IHSAA is that the organization has been allowed to operate in almost complete secrecy.  The public is not allowed to see the IHSAA's records and its meetings, at which decisions are routinely made as to public school students and their parents, are completely closed to the public.

The IHSAA operates in secrecy under the dubious theory that the organization is a private, voluntary organization.  The IHSAA is not private.  The schools which are members of the IHSAA are overwhelmingly public and the organization is funded with the public's money.  As far as being "voluntary," the IHSAA has a monopoly on high school athletics.  If an Indiana school wants to have an athletic program with any credibility, it has no choice but to join the IHSAA.

Earlier this year, I called about attending an IHSAA meeting and was told the organization's meetings are not open to the public.  I filed an Open Door Law complain with Indiana's Public Access Counselor.  I am happy to report that the PAC agreed with me that the IHSAA needs to open its door to the public, albeit not because it is public but because high school athletics "is inextricably intertwined with education" and it is the duty of the state to regulate education.

Here is relevant part of the PAC decision:


High school athletics in the State of Indiana is under the exclusive dominion of ISHAA’s procedures, rules and scrutiny. The State has outsourced the regulation of high school athletics to a non-profit entity. See Ind. Code § 20-26-14. When the State delegates one of its essential duties to a private entity, the private entity may become subject to the Open Door Law or Access to Public Records Act. While IHSAA is not directly established by statute, it has assumed the responsibility to enforce the state’s power.

The Indiana Court of Appeals recently addressed a similar issue in ESPN, Inc. v. Univ. of Notre Dame Sec. Police Dep't. The Court held the Notre Dame’s police department was subject to the APRA because the department “was acting as a governmental entity by exercising a governmental function.”

The nominally private character of the Association is overborne by the pervasive entwinement of public institutions and public officials in its composition and workings, and there is no substantial reason to claim unfairness in applying constitutional standards to it.

Knowledge and learning, generally diffused throughout a community, being essential to the preservation of a free government; it shall be the duty of the General Assembly to encourage, by all suitable means, moral, intellectual, scientific, and agricultural improvement; and to provide, by law, for a general and uniform system of Common Schools, wherein tuition shall be without charge, and equally open to all.

The Education Clause of the Indiana Constitution clearly shows it is the duty of the State to regulate education, up to a secondary school level, to its citizens. The act of providing education is not solely a state function – private school institutions would not be subject to the Open Door Law or Access to Public Records Act4 – however, the regulation of education is certainly a state function.

And so it is with high school athletic competition, which, by ISHAA’s own admission, is inextricably intertwined with education. By creating rules and enforcing its regulations, IHSAA acts as the administrative, executive, legislative and judicial authority. The ISHAA lists the following activities as part of its mission statement:

• Regulates, supervises and administers interschool athletic activities among its member high schools as an integral part of the secondary education program. A tournament series is sanctioned in 21 sports, 10 for girls, 10 for boys and one co-ed (unified track and field). This school year, more than 160,000 students will compete in IHSAA-sanctioned tournaments.

• Cooperates with all agencies vitally concerned with the health and educational welfare of secondary school students.

• Establishes standards for eligibility, competition and sportsmanship while providing protection against exploitation of schools or students.

Moreover, similar to the Brentwood case, the members of IHSAA’s Board of Directors and Executive Committee are high school administrators, coaches and employees, the majority of them from public high schools (“The Association is not an organization of natural persons acting on their own, but of schools” id.).

But for IHSAA, the regulation of organized high school athletics would not exist. Its membership is voluntary in name only as the IHSAA procedurally works as a clearinghouse for all official high school athletic competition. It is likely IHSAA avoids audit as their revenues are mainly comprised of ticket sales from events as opposed to membership dues paid out of public money coffers. Nonetheless, scores of governing bodies statewide do not have budgets, expenditures or appropriations, yet they are subject to the Open Door Law because they exercise a government function.

For the foregoing reasons, it is the Opinion of the Indiana Public Access Counselor that IHSAA exercises functions listed under Ind. Code § 5-14-1.5-2(a)(1) and should be considered a public entity subject to the Open Door Law.

I do believe the same principal that results in the application of the ODL to the IHSAA also governs the records of the organization, i.e. that the IHSAA is also subject to the open records law.
Posted by Paul K. Ogden at 2:09 PM