Expecting the Unexpected in the New Hampshire Primary

Predictions for Tuesday's New Hampshire primary:
Although Vermont Senator Bernie Sanders' lead in some polls is 30% plus, expect the margin over victory to be a notch or two less than 20%.  I'll go with Sanders with an 18% victory.   Although that should count as a solid Sanders win, the Hillary Clinton campaign will manage to sp 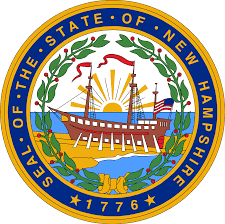 in it into her mounting a "comeback" similar to that of her husband in 1992.  In politics, particularly these early states, candidates are judged by whether they exceed expectations.  With the polls setting the bar so low, it would be difficult for the former Secretary of State to not better expectations.

On the Republican side, New York businessman Donald Trump leads the state with a 30.7% polling average on Real Clear Politics. Two tracking polls though show Trump at 35% and 34%, a 21 and 17 point lead, respectively over the candidate in second place Florida Senator Marco Rubio. Trump like Sanders though suffers from the horrible problem of expectations.  In Trump's case, if he falls below 30%, the media will label his performance a failure.   I expect though Trump will just clear the 30% bar with Rubio in the low 20% range...I'm going with 22%.  I expect Texas Senator Ted Cruz to score about 15% with the rest of the candidates being relegated to (mostly) high single digits.  In another week, dropouts will result in the Republican race narrowing to Trump, Cruz and Rubio.

This time bet the farm on Sanders and Trump, just don't give up too many points in doing so.
Posted by Paul K. Ogden at 1:36 PM

Who is the friend to the sentient who goes back, a day or two after the only poll that counts and mocks the fools whose crystal balls were made of cheap chinese plastic?

Paul, does Sen. Rubio's "There it is" moment change your prediction?

Yes, I am going to have to make some changes to my NH predictions. Stay tuned.