A major political battle is brewing in Hamilton County.  Luke Kenley, head of the Senate Appropriation Committee and the key legislator on budgetary matters, is being targeted for defeat in his bid for re-election this year.   Members of the Hamilton County GOP establishment, including Pete Peterson, a member of the Fishers City Council and a leading candidate for county chairman, Establishment have decided to back political newcomer Scott Willis instead.  Willis' facebook page can be found here and link to his campaign website can be found here.

According to the bio on his website, Willis has served in the Marines and is still active as a Colonel 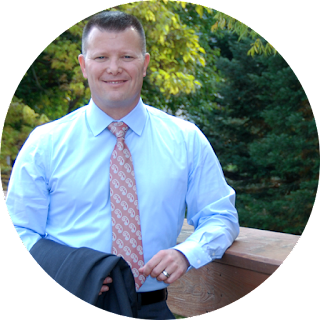 in the Marine Reserves.  Upon returning from active duty in Iraq, Wilis founded Arnett Management Solutions which "focuses in pharmaceutical and biotech manufacturing and works with Fortune 100 and small companies alike."  Later he started a second company called Jarhead Holdings, which invests in commercial and residential real estate and currently owns and manages properties throughout Hamilton County.

Kenley sports a likewise impressive resume. Kenley was a 1st Lieutenant in the Army and graduated from Harvard Law School.  Kenley owns and operates  a grocery store in Noblesville.

What has apparently triggered the Hamilton County GOP establishment opposition to Kenley is the Senator's opposition to some proposals that could lead to higher local taxes and his unwillingness to support some of the spending measures supported by local GOP politicians.  Three cities in the district, Carmel, Westfield  and Fishers, are led by Mayors who have aggressively pushed corporate welfare schemes, often funded by higher taxes, as a so-called economic development tool.  Willis lists "strategic economic development" and "funding our schools" as a priority.

It remains to be seen whether Willis can overcome the institutional advantages Kenley has as an incumbent Indiana state senator.  What is most interesting about this race, is that the challenge to Kenley, who has not always been a favorite with Tea Party Republicans, is actually coming from the Senator's left.
Posted by Paul K. Ogden at 1:41 PM

Pete Peterson is a poster child for what's wrong with the Hamilton County Republican Party. He is probably going to set up another secret PAC with Pete Emigh to fund this guy. Maybe he thinks we have slanting up here? Kenley isn't perfect but he has done a lot to temper Bismarck & the house.